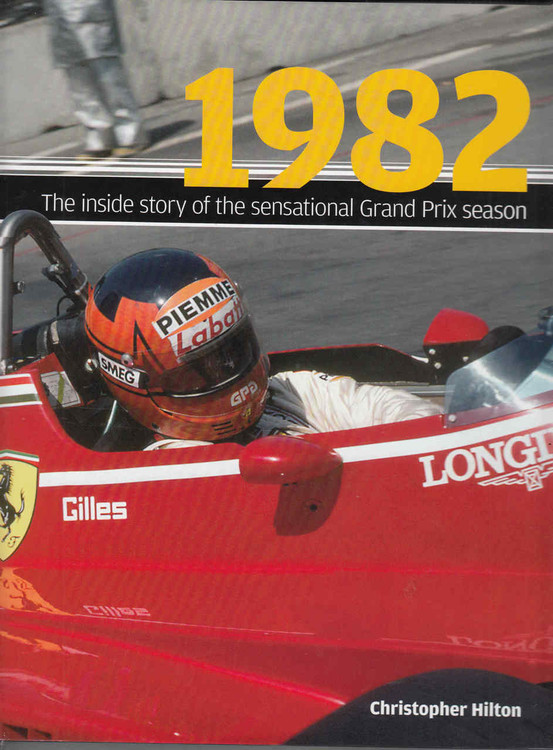 All Grand Prix seasons carry powerful drama within them but a quarter of a century ago, in 1982, the drama was sensational. Each race produced a mood of its own, from magnificence to mourning and everything in between - including the unbelievable, a drivers' strike.

Eleven men won the sixteen races. Two drivers died - the iconic Gilles Villeneuve, driving a Ferrari, and rookie Riccardo Paletti in a humble Osella. Didier Pironi, a Parisian playboy determined to be France's first World Champion, notoriously stole a win from Villeneuve two weeks before his team-mate's fatal crash, and was in turn crippled in practice for the German Grand Prix. Niki Lauda, who had almost died in an inferno at the Niirburgring six years before, returned and might have won the World Championship. Half a dozen men jostled for dominance across four continents but in the end a fiery Finn, Keke Rosberg, took the crown from a quiet Ulsterman, John Watson, round a concrete-clad Nevada car park.

Here is the full story of 1982, its major political movements as well as the sub-plots: the little Toleman team from Brentwood, romantics all, indulging in glorious gamesmanship; Gordon Murray at Brabham inventing pit stops for fuel and tyres; the struggle between turbo and normally aspirated engines; the Renault team imploding amidst great acrimony; Mario Andretti convulsing all Italy. Packed with fresh insights from interviews and new research, this
superbly illustrated book - complete with circuit maps, full grid positions and race results, newspaper cuttings and fans' own memories - captures the intensity of it all.

For Christopher Hilton, a highly respected motorsport author, it is also a personal account of experiencing, almost by accident, Grand Prix racing for the first time. His recent books for Haynes include Grand Prix Century, Inside the Mind of the Grand Prix Driver and best-selling biographies on Michael Schumacher and Ayrton Senna.