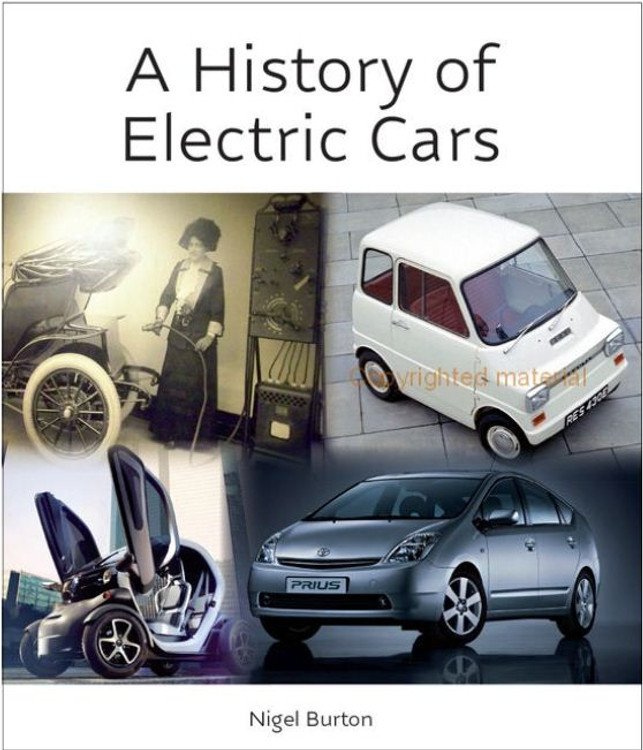 One hundred years ago electric cars were the most popular automobiles in the world. In the late nineteenth century and at the start of the twentieth century, they outsold every other type of car.  And yet, within a couple of decades of the start of the twentieth century, the electric car had vanished. Thousands of batterypowered cars disappeared from the streets, replaced by the internal combustion engine, and their place in the history of the
automobile was quietly erased.

The book examines in detail:

Nigel Burton has been testing and writing about cars for more than twenty years. Currently motoring editor of The Northern Echo, he is a former motoring correspondent for ITV Teletext, and has both written and lectured on cars and automotive history.

MSRP:
Now: $189.99
Was: $195.00
By: Janos Wimpffen . Description Spirited, fast, quirky, elemental, affordable, idiosyncratic, and most of all, fun—these are among the many adjectives that have been used to describe British...

The History and Development of Light Cars

MSRP:
Now: $29.99
Was:
By: Arvid Linde . Description What if we all had to say goodbye to petrol cars tomorrow? Would you be ready? This book will help you find out All you really need to know about electric cars A...

A History Of Progress - A Chronicle Of The Audi AG Company

A History Of Progress - Chronicle Of The Audi AG

A History Of The Summernats (Soft Cover)

MSRP:
Now: $39.95
Was:
By: Jon Van Daal . The Summernats is one of the world's great automotive events — a unique blend of unbridled horsepower, exceptional automotive artistry, superior craftsmanship and great...