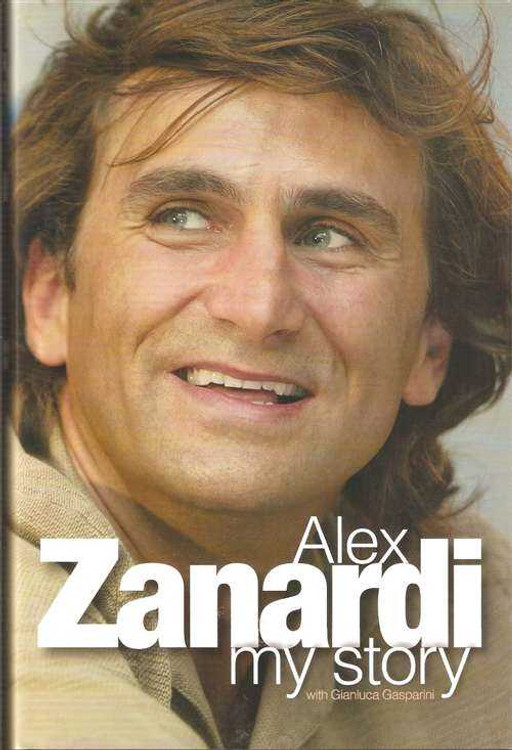 With 13 laps to run in the CART Champ Car race on the Lausitzring oval in Germany on 15 September 2001, Alex Zanardi completed his final pit stop and headed back to the track. Behind him lay success in virtually every category in which he had raced - karting, Formula 3. Formula 3000 and back-to-back titles in CART Champ Cars. Everything, in fact, but Formula 1. where circumstance and ill fortune had thwarted his talent.

Now, after a bitter season racing in his friend and former engineer Mo Nunn's team, Zanardi was finally about to win again. Then Fate intervened. He spun his car as he rejoined the track and was hit amidships at 200mph by fellow racer Alex Tagliani. The terrible impact shattered Zanardi's Reynard - and instantly severed both legs above the knees. Rushed to hospital in Berlin, he arrived with just minutes to spare.

In this humorous, searingly honest, wartsand-all account of his life before and after the accident. Zanardi, one of the most charismatic men ever to hold a steering wheel, bares his soul and provides a unique and poignant insight into the mind of a racing driver. Yet he also moves far beyond mere high-speed. wheel-to-wheel competition and sportsmanship. into the rarefied position of international role model. It will inspire able and disabled people alike as he explains in painful detail how he recovered from his grievous injuries not just to walk again, but to return to the Lausitzring only two years later to effect a symbolic completion of those 13 missing laps.

Back in a 225mph car. specially adapted with hand controls, he drove as if he had never been away. The greatest variation in his last nine laps was a mere 0.174sec. It was flat out, wide open,' he said, before adding with his typical humour. 'but I can't say pedal to the metal, because I didn't have a pedal...'

Zanardi had a rollercoaster route to motorsport stardom. In Formula 1 he survived crushingly bad seasons in 1993 and 1994 with Lotus, and again in 1999 with Williams. Between times he had rebuilt his career as the most sensational and daring racer in Champ Cars. His campaign with Chip Ganassi Racing culminated in consecutive titles in 1997 and 1998.

Today Alex Zanardi races on, in the European Touring Car Championship, living his remarkable and uplifting life as the embodiment of everything there is to celebrate about the resilience of the human spirit.

On the Edge - My Story - Richard Hammond

MSRP:
Now: $59.95
Was:
By: Richard Hammond . Richard Hammond is one of our most in-demand and best-loved television presenters. On September 20, 2006, he suffered a serious brain injury following a high-speed car crash,...

MSRP: $150.00
Now: $99.95
Was:
By: Alex Moulton . FOREWORD There are few people whose name is synonymous with a product. Alexander Eric Moulton is such a person. Any cycling enthusiast would immediately recognise the Moulton cycle...

MSRP:
Now: $149.95
Was:
By: Pierre Menard, Jacques Vassal . Fangio Ascari and Moss were the three outstanding Grand Prix drivers of the fifties. Ascari came from Milan and with his thickset physique could well have passed...

MSRP:
Now: $199.95
Was:
By: Factory . FOREWORD This workshop manual is intended for use by workshops belonging to the ALFA ROMEO Service Organization. It contains all necessary instructions for tune up, repair and overhaul...