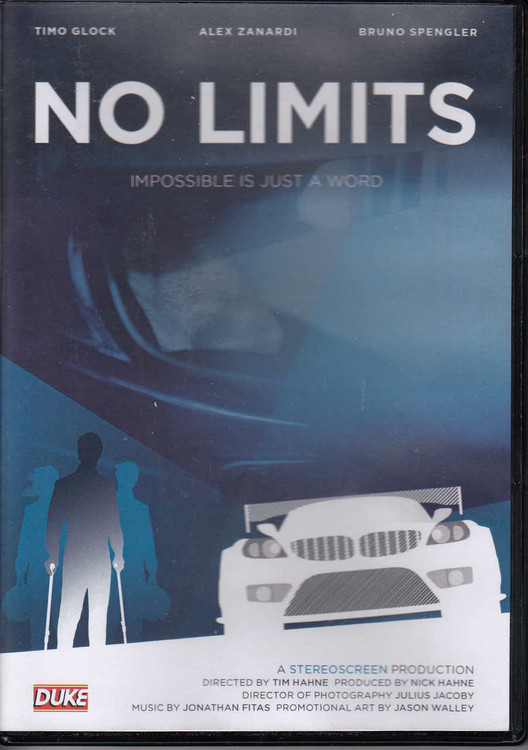 Impossible is just a word to Alex Zanardi. F1, Indy Car champ, athlete and gold medal winning Paralympian. Alex Zanardi s true strength is his attitude, encapsulated in the thought that nothing is impossible if you set your mind to it. After losing his legs in a near-fatal crash in 2001 anyone would have forgiven him for leaving motorsport forever. Instead he took on the ultimate racing challenge: The 24 Hours of Spa-Francorchamps. In this gripping new documentary from the makers of Adrenalin - the BMW Touring Car Story , we follow Alex and team mates Timo Glock and Bruno Spengler as they take on the massive challenge. It s not all about the car; just four days after Spa he must defend his title at the Handcycle World Championship... Impossible is just a word

MSRP:
Now: $99.95
Was:
By: Gianluca Gasparini . With 13 laps to run in the CART Champ Car race on the Lausitzring oval in Germany on 15 September 2001, Alex Zanardi completed his final pit stop and headed back to the track...

Porsche'd To The Limit - Dancing On Ice DVD

No Time to Lose - The Fast Moving World Of Bill Ivy

MSRP:
Now: $89.95
Was:
By: Alan Peck . It is no surprise that the author of No Time to Lose has captured vividly the atmosphere of motorcycle racing, for among his many talents Alan Peck himself has tasted success as a...

No Bull - The Authorised Biography Of Billy Hamill

MSRP:
Now: $79.95
Was:
By: Brian Burford, Billy Hamill . When Billy Hamill embarked on a career as a speedway rider as a wild junior, a future as an international star competing in Europe was a pipe dream - never mind the...

MSRP:
Now: $29.95
Was:
This new series from "After The Battle" is brought mainly for the avid reader and  "Then and Now" enthusiast who can keep a personal record whille visiting famous battlefields.

MSRP:
Now: $72.55
Was:
Product description Complete coverage for your Nissan X-Trail/Dualis/Qashqai 2007 -2018 With a Haynes Manual, you can do it yourself, from simple maintenance to full repairs. Every...