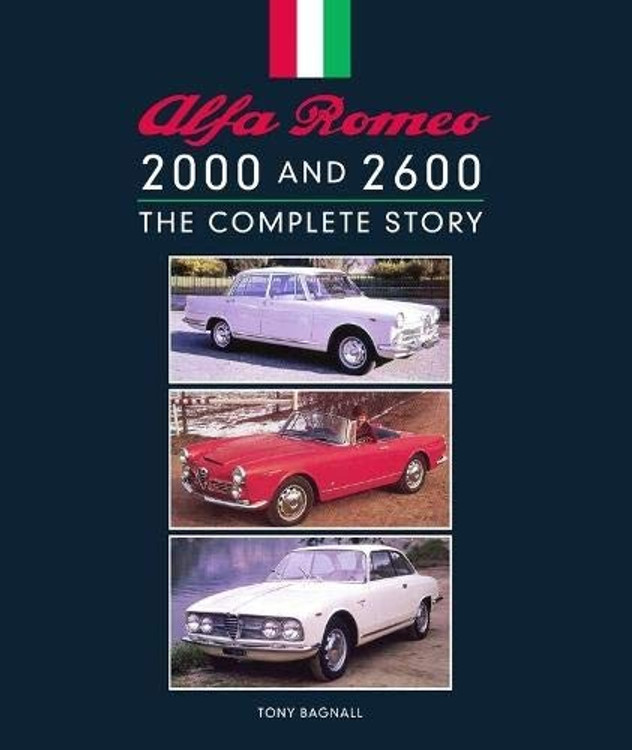 After a period of post-war austerity, in 1957 Alfa Romeo decided it was time to re-enter the market for luxury/executive class cars with a new range designed for the growing number and prosperity of potential customers. Thus, the first models in the new 2000 series emerged, followed by the 2600 series in 1962. That they were not hugely successful, although some 18,540 were manufactured between 1957 and 1966, can be attributed to a number of factors, principally cost. Largely ignored for many years, these cars are now recognized as a significant element in Alfa Romeo's history and this book is a valuable record of their story. Richly illustrated with over 200 colour and black & white photographs, this book introduces the history of the company and its early designs; describes the early Berlina saloon, Spider convertible and Sprint coupe, and their development into the 2600 series; details the evolution of the 1900-based engine into the 6-cylinder 2600 engine; provides a history of the SZ Sprint Zagato; includes information on prototypes, show specials, specification tables, colour schemes and production numbers and, finally, includes a chapter on owning a 2000 or 2600.

MSRP:
Now: $99.95
Was:
By: John Tipler . While the Italian motor industry produces many fine saloons, it is their glamorous sports cars that grab the attention. Few cars illustrate this point better than the Alfa Romeo...

The History of Alfa Romeo - The Definitive Story DVD

The Passion for Utes - An Australian Obsession (Joel Wakely)

MSRP:
Now: $89.95
Was:
Hardcover, published in 2019, 192 pages Porsche applied turbocharging to its racing cars in 1972 and, within a year, this technology had crossed over into its production cars: the first road-going...

MSRP:
Now: $195.00
Was:
When, during the tumultuous 1976 Formula 1 season, Niki Lauda nearly perished in a conflagration at the Nurburgring and then, severely scarred, courageously fought back to race again only six weeks...

MSRP:
Now: $295.00
Was:
Author: Bernard Viart, Foreward: Paul Skilleter Companion volume to XK 140 Explored and to XK 150 Explored. XK 120 Explored is now even better, with a host of revised plates and various new ones. The...

MSRP:
Now: $650.00
Was:
3 volumes in Slipcase, published in 2008 The Legendary 2.3 has something for all car enthusiasts: racing fans, admirers of coachwork design, history buffs. The book will also be of special...