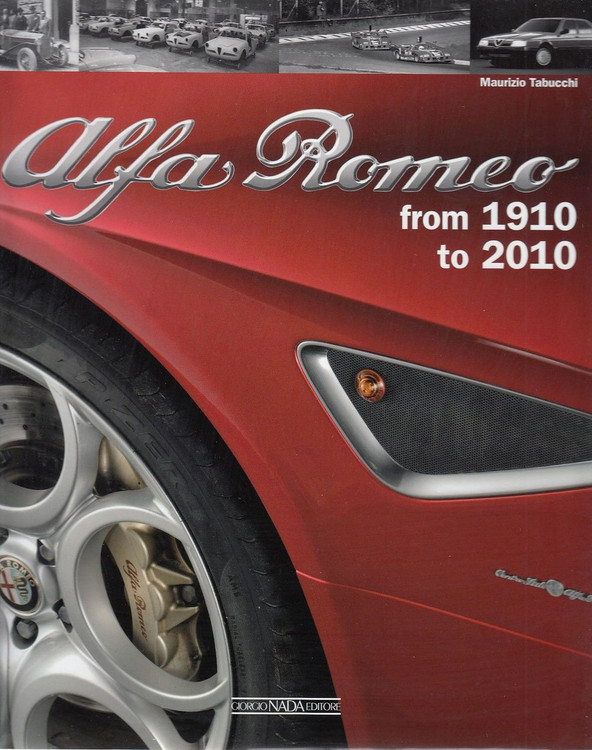 Precisely 100 years ago in 1910, a new company was born at Portello, at the gates of Milan, Italy, in the still young world of the automobile of the period: Alfa Romeo. A name so important on the country's industrial front that has become synonymous with the car during these 100 years, both in motor racing and culture. In this long period of time, the celebrated Italian marque created cars which, quite rightly, have become part of the history of the automobile, not only in Italy - one thinks of the 1900, the Giulietta and the Giulia - and at the same time has been able to write unrepeatable pages in the annals of the sport, winning all the most important championships and races: from the Mille Miglia, Le Mans and Tourist Trophy to the Formula 1 and World Touring Car championships. An epic about which much has been written but, on the occasion of its centenary. it is right and proper to pay homage to the great company with a book that reviews that history, availing itself, among other things, of a wealth of illustrative materials.

The author, Maurizio Tabucchi, a student of matters inherent in the protection and restoration of vintage cars and a specialist in the history of the car, has always carried out research and, from 1975, has received technical and scientific assignments from the Automotoclub Storico Italiano (A.S.I.) culminating in the presidency of the Cornmissione Tecnica Nazionale Auto from 1991 to 1993; he was elected a federal advisor from 1988 until 2000 and was vice-president from 2000 to 2003. A member of the Registro Italiano Alfa Romeo (R.I.A.R.), since 1983 he has served on its board of directors and from 1995 until 1997 was the vice-president; he has been president of the Commissione Tecnica of the association since 1988.

In the 90s, Tabucchi rediscovered and reassessed the famous designer Franco Scaglione, who, it was wrongly believed, had died 20 years earlier. He has collaborated for many years with numerous specialist magazines of the sector and today directs "epocAuto".

Alfa Romeo - All The Cars

MSRP:
Now: $49.95
Was:
By: Brooklands Books . Alfa Romeo talked about its Giulia series as having been styled by the wind, that its unusual lines were perfected in a wind tunnel. Be that as it may, the media unkindly...

MSRP:
Now: $29.95
Was:
By: Keith Booker . Don't buy a car without this unique illustrated guide! Expert advice will help you to find the best car for your money. With the aid of this book's step-by-step expert...