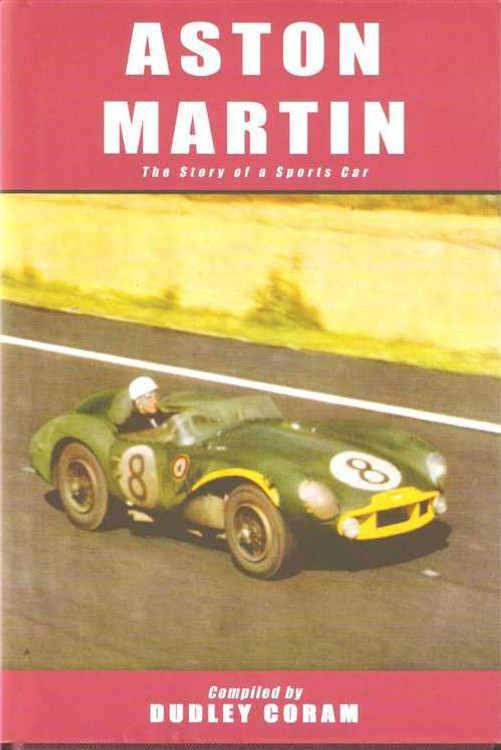 This book was originally published in 1957. This edition reprinted in a limited edition of 600 copies in April 2004.

The pre-eminent position of the British Motor Industry in the field of high performance cars is due mainly to the unceasing efforts of the smaller manufacturers who, often working with limited financial resources, have made a contribution to British prestige in motor racing out of all proportion to their size.

High amongst this exclusive band is Aston Martin who have, proudly and successfully, carried the racing green of Great Britain since the company started operations in a small garage in Kensington in 1913.
In these pages you will find the engineering romance of Aston Martin from those early days right up until 1957; a story in which the keynote is enthusiasm, and a burning ambition to build the best, and to test this belief the hard way-on the racing circuits of the world. From small beginnings the marque has grown in size and stature until today it must rank as one of the world's greatest sports cars.

Whether you own an Aston Martin, or merely dream of doing so, this book will be compulsory reading for all who love fine sports cars-and the greatest sport of all-motor racing.

The Packard Story - The Car and the Company (Reprint)

MSRP:
Now: $149.95
Was:
By: Robert E. Turnquist . Description Today with automobiles rolling off Detroit production lines every few seconds, it is hard to believe that not so long ago there were automobiles built to...

MSRP:
Now: $99.99
Was:
ISBN: 9783848002696 With understatement, high-class individuality, andconservative reliability, the Aston Martin takes its place among the ranks of the most exclusive sports cars...

MSRP: $59.95
Now: $39.95
Was: $59.95
By: John Haynes, Mike Mavrigian . Description The Haynes TECHBOOK Series - written for the do-it-yourselfer, good enough for the pro! Tips on finding the right ATV for you and maintaining it for...

MSRP:
Now: $79.95
Was:
By: Jon M Bill . Description From the very beginnings of the automobile industry, manufacturers had to prove the mettle of their products in order to stand out from the multitude of rival companies...

ATVs - Everything You Need to Know

MSRP:
Now: $59.95
Was:
By: Steve Casper . They are as at home in the swamps of Louisiana as they are in the mountains of Colorado, the deserts of California, the trails of Pennsylvania, and the boondocks of Australia...