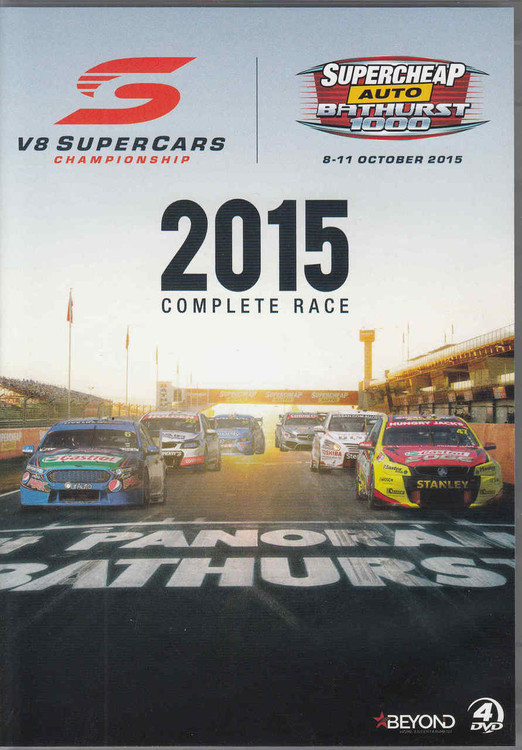 Another year marked another chapter for the history books of the fabled Mount Panorama circuit. Once again the legends of the V8 Supercars Championship returned to the Mountain for the iconic Supercheap Auto Bathurst 1000,
the premier racing event on the Australian motorsport calendar.

In the lead-up to Bathurst a familiar face sat atop the Championship leader board as Mark Winterbottom again proved the driver to beat. However after a stellar breakout year, defending winner Chaz Mostert was eager to go back-to-back
on The Mountain after shocking the world in 2014 to win his first Bathurst.

But this was anything but a two horse race; after a lacklustre 2014 David Reynolds had found consistency and was holding onto a breakout podium finish just ahead of perennial performer Craig Lowndes, who was leading the Holden contingent and looking to add a sixth Bathurst crown to his already impressive trophy cabinet.

Also looking for their place in history were experienced hands Fabian Coulthard, Garth Tander and Shane van Gisbergen. pushing the Championship leaders in every race of 2015. Never to be excluded from the conversation, Jamie Whincup was having a 2015 plagued by bad luck and missed opportunities, but who could forget what Whincup accomplished in last year's big race, coining from a lap down to lead the race in the closing stages.

If not for a fuel issue, VVhincup would have etched his name into Bathurst folklore with a fifth win at Mount Panorama.

In an incredibly dose season Bathurst, more than ever, would prove who the real title contenders are!

Sit back, get comfortable and relive over eight hours of adrenaline-fuelled action from the 2015 edition of Australia's legendary endurance race, with highlights from weekend practice and qualifying, followed by the complete Supercheap Auto Bathurst 1000, uninterrupted and in full.

MSRP:
Now: $39.95
Was:
It was a masterclass performance in 2015 on the Mountain from two of the most experienced drivers in the field as Craig Lowndes bagged Bathurst win number six and Steven Richards took his fourth in...

Bases of Bomber Command - Then and Now

MSRP:
Now: $155.00
Was:
Noted World War II aviation historian Roger Freeman's latest book uses the "Then and Now" formula on the 100 or so wartime aerodromes of the wartime RAF Bomber Command. His vivid images of these now...

MSRP:
Now: $69.95
Was:
Box Set containing highlights of all the Bathurst 12 Hour races, 9 titles from 2007 to 2015  Mount Panorama is renowned as one of the world’s oldest and greatest motor racing tracks. It...