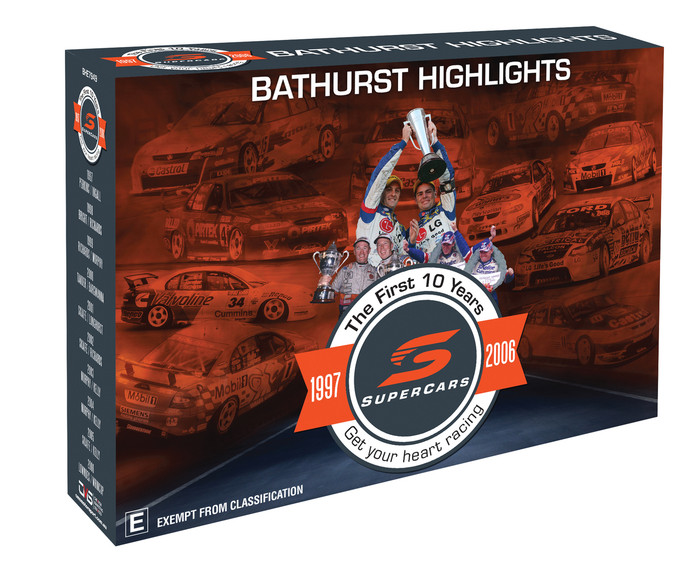 Since 1985, an annual program has been produced on Australia’s motorsport icon, the Bathurst 1000 in all its forms and sponsors names – from the James Hardie 1000 through to the various V8 Supercars sponsors such as Primus, FAI and Bob Jane T-Marts to the race’s current naming right sponsor, Supercheap Auto. No matter the changing names, the race has always been the same: hard, fast and truly challenging to drivers, crews, vehicles and team owners.

Each year the Bathurst 1000 draws a massive crowd to the Mount Panorama circuit, a combination of annual enthusiasts and those who go just for one time to see live what they’ve always watched on television. The visit to Australia’s oldest inland city never fails to amaze and excite newcomers, and generally leaves them in awe of the action on The Mountain.

In this fantastic package witness the greatest revival of any sports as Holden takes on Ford in the ultimate challenge. It’s V8 verses V8 as we celebrate 21 Years of V8 Supercars with the First Ten years at Bathurst

MSRP:
Now: $69.95
Was:
Here’s your chance to relive some of the magic moments of Australian touring car racing with Volume 3 of the Seven Sport’s Magic Moments of Motorsport DVD box set. It features classic...

MSRP:
Now: $55.00
Was:
By: Stephen Stathis . Bathurst Group A Commodores: A Photographic History(Soft Cover): This unique 192 page Bathurst history book, with a foreword by Graham Moore, features many colour and black and...