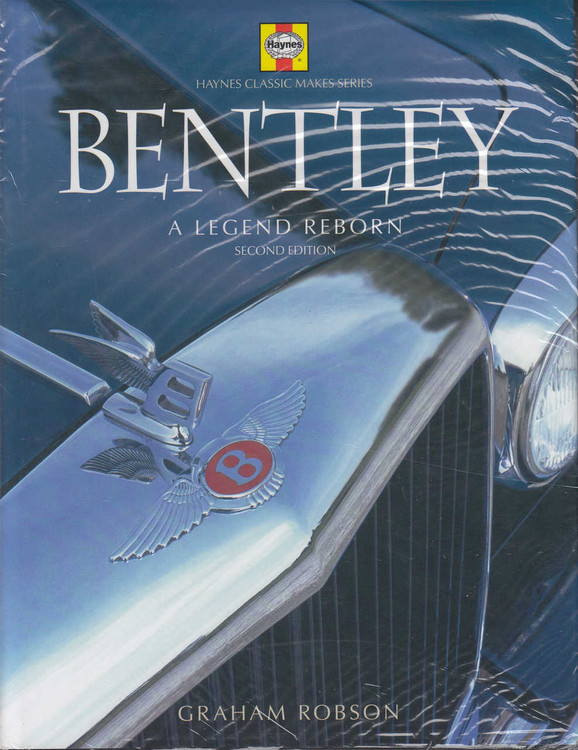 Bentley is one of those charismatic marques that, throughout its long and turbulent history, has produced some of the most famous cars of the time. Founded in 1919 on high hopes but scant capital, the marque delivered a wealth of cars as diverse as Le Mans-winning sports cars and a massive State Limousine, elegant drophead coupes, turbocharged sports saloons and peacefully specified touring cars. Controlled since 1998 by the German automotive giant VW, Bentley is now associated with an entirely new breed of supercar.

The company, on the way to its 90th anniversary, has been the 'Best of British' throughout that period, and this book traces an informative, yet entertaining, path through its complex history. Early Bentleys were high-performance  sports cars, but all that changed when the company failed in 1931. Later in the 1930s, Bentleys built at Derby by Rolls- Royce were advertised as 'The Silent Sports Car', and those built at Crewe since 1946 were always the equal of the Rolls- Royce models to which they were closely related. Today, Bentleys are still among the most desirable cars on the road.

This lavishly illustrated and authoritative book — the first to trace the tenuous link between the company's founder, W.O. Bentley, and its modern heritage — covers every new model, every technical advance, and many of the important personalities who influenced the marque's legendary progress. The story is set against world events, the financial manoeuvres and the corporate ambitions that have made Bentley's life so fascinating.

Graham Robson has been an avid Bentley-watcher for many years. He drove R-types in the 1950s, road tested T-series models in the 1960s, and has delved deeply into Bentley's heritage on many occasions. Regular contact with a number of the personalities involved makes him the ideal author of this fascinating history.

MSRP:
Now: £54.41
Was:
By: Neil Spalding . Description For years the top class of Grand Prix motorcycle racing was all about prototype 500cc two-strokes, but the need for bike manufacturers to develop four-stroke ideas led...

MSRP:
Now: £95.27
Was:
By: Graham Robson ., 1st edition Bentley is one of those charismatic marques that, throughout its long and turbulent history, has produced some of the most famous cars of the time. Founded in 1919 on...

MSRP:
Now: £48.97
Was:
By: Graham Robson . Like the car itself, New Mini has proved a hot property, selling more than 7,000 copies - and Practical Classics termed the book 'excellent'. So much has happened since...

MSRP:
Now: £38.08
Was:
By: Alan Seeley . This extensively illustrated all-colour book provides a comprehensive reference source for all motorcycle owners and enthusiasts, and is aimed in particular at those who are new or...

MSRP:
Now: £95.27
Was:
By: Graham Robson ., 1st edition Bentley is one of those charismatic marques that, throughout its long and turbulent history, has produced some of the most famous cars of the time. Founded in 1919 on...

MSRP:
Now: £108.85
Was:
By: David Venables . Description Bentley is perhaps the most evocative name in British motor racing history and in this authoritative book, illustrated with a breathtaking collection of photographs,...

MSRP:
Now: £32.64
Was:
By: Brooklands Books . The story of the Benelli fours are told through contermporary and classic articles. Included are road, comparison and track tests, detailed performance data, technical...

MSRP:
Now: £48.97
Was:
By: Brooklands Books . The designers at Crewe started work on the car which would become the Rolls-Royce Silver Spirit as early as 1972, but it would be 1980 before the car and its siblings entered...

MSRP:
Now: £13.58
Was:
The lesser known naval exploits of the Australian submarine HMAS AE2 supporting the ANZAC Gallipoli campaign are brought to light in this exciting book. Authors, Vecihi and Hatice Basarin tell the...

MSRP:
Now: £32.64
Was:
By: Brooklands Books . The story of the Benelli 750 and 900 sixes is traced from its 1972 announcement. Featured are contemporary road and comparison tests, driving impressions, new model...