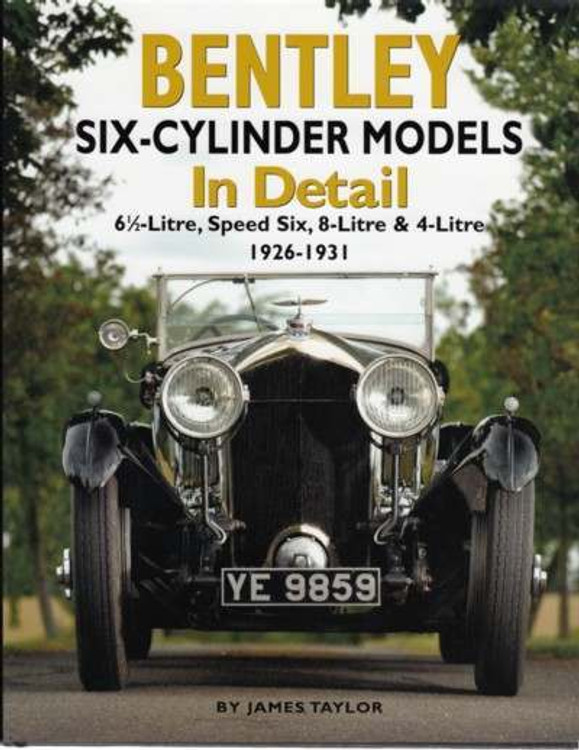 WO Bentley had launched his first model, the four-cylinder 3 Litre, in 1921, as a sporting car for the discerning driver, intending that it should provide 80mph performance, with exceptional reliability founded on the quality of its engineering and construction. All cars even came with a five-year guarantee. It quickly became the favourite of wealthy young sportsmen and, to prove a point, 3-litres won at Le Mans in 1924 and 1927.

In 1925 the company launched WO’s latest creation, the six-cylinder 6½-litre, intended as a fast luxury car to rival the Rolls-Royce Phantom and to steal a part of its market. This was a car of quite different character from the 3-litre, and well suited to elegant enclosed coachwork, It was joined in 1928 by the Speed Six version, which derived its extra performance from having twin carburettors and a higher compression ratio. In the steady hands of Woolf Barnato, Bentley’s principal financial backer, Speed Sixes won at Le Mans in 1929 and 1930. Next, in 1931, came WO’s true supercar, the 8-litre. Enormous, strikingly handsome, fabulously expensive and capable of 100mph in any form, it is one of motoring’s immortals, but by now the company was in trouble, and the 4-litre which was hastily introduced to revive its bank balance sadly failed to do so.

As a background to these events, the author opens with an account of the company’s performance, and its problems, during the later years of the 1920s. Then comes a detailed examination and analysis of the 6½-litre – its engine, transmission, chassis and running gear – with extracts from contemporary reports and road tests, and information on production changes and modifications. This is followed by equivalent coverage of the Speed Six, 8-litre and 4-litre models. The author describes the Speed Six’s illustrious competition history, and reviews the range of bodies offered by coachbuilders, from open tourers to stately limousines, for the six-cylinder cars.

Six outstanding examples of the cars have been photographed specially for this book and are featured in detail in some 175 colour shots. There are also more than 115 black-and-white photographs drawn from archive sources. Offering an in-depth examination of these splendid, charismatic Bentleys, this book provides an unrivalled store of knowledge for the many who care passionately about them, and serves as a tribute to the men who made them.

MSRP:
Now: $125.00
Was:
By: Nick Walker, new book, minor shelf-wear, small tear on dust jacket All car enthusiasts know, or think they know, what a vintage Bentley should look like. It should have a Vanden Plas four-seater...

MSRP:
Now: $295.00
Was:
ISBN: 9783832797393, Published by TeNeus A luxurious journey into the powerful world of the Bentley brand An inspiration for anyone interested in automotive excellence Bentley is a brand that is...

MSRP:
Now: $39.95
Was:
By: Malcolm Bobbitt . The winged B emblem, the hallmark of Bentley Motors, is synonymous with those grand cars which, in the 1920s and 1930s, dominated Brooklands and Le Mans and were driven to...