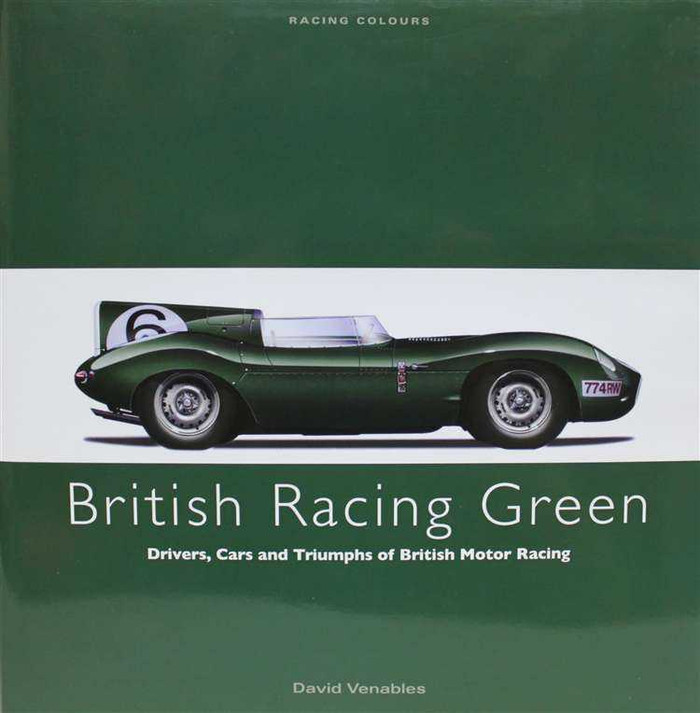 It took Britain many years to get to grips with first-rank motor racing. Apart from Sunbeam's Grand Prix success in the 1920s it had to be content with the dramatic exploits of Bentley at Le Mans and in the next decade with victories by MG,Austin, ERA,Aston Martin, Riley and Lagonda as well as star drivers Tim Birkin, Malcolm Campbell and Richard Seaman.

This stunning book by David Venables dramatically portrays that it was only after World War 2 that Britain really got the hang of Formula I racing, but once it did, there was no stopping British cars and drivers. Breakthroughs came in the 1950s with Connaught,Vanwall and BRM, followed by the rear-engined revolution led by Cooper and Lotus, and great champions including Stirling Moss, Mike Hawthorn and Jackie Stewart became household names. Meanwhile Jaguar and Aston Martin flew the Union Jack with pride at Le Mans.

A reborn Donington joined Goodwood, Silverstone and Brands Hatch as the UK's classic tracks, and thrusting teams like Williams,Tyrrell, McLaren and Brabham joined Lotus at the forefront of Grand Prix racing with the likes of James Hunt, Damon Hill, Jenson Button and Lewis Hamilton at their wheels. British expertise even prevailed at Indianapolis with wins for Lotus, Lola and March.

Between these covers these men and their machines come colourfully to life in authoritative text, rare illustrations from the world-renowned Ludvigsen Library and beautifully detailed portraits of great racing cars specially commissioned for this book.

MSRP:
Now: $99.95
Was:
By: Karl Ludvigsen . From Lautenschlager, who in 1908 and 1914 won two of the greatest motor races in history, to Schumacher, who almost a century later claimed a record seven Formula I World...

MSRP:
Now: $189.95
Was:
ISBN: 9780857330727, Author: Chas Parker Silverstone traces the full history of the Silverstone circuit, which is rightly regarded as the home of British motor racing. From the first...

British Motorcycles of the 1940s and 50s

MSRP:
Now: $29.95
Was:
By: Mick Walker . Description After VE Day in 1945 the British population returned enthusiastically to the road, but the cost and scarcity of both vehicles and fuel led to the post-war scene being...

MSRP:
Now: $69.99
Was:
By: Chris Pereira . Traces the history and development of the privately built British 250cc ‘specials’ and ‘hybrids’ that sustained this class of Road racing in Britain from...