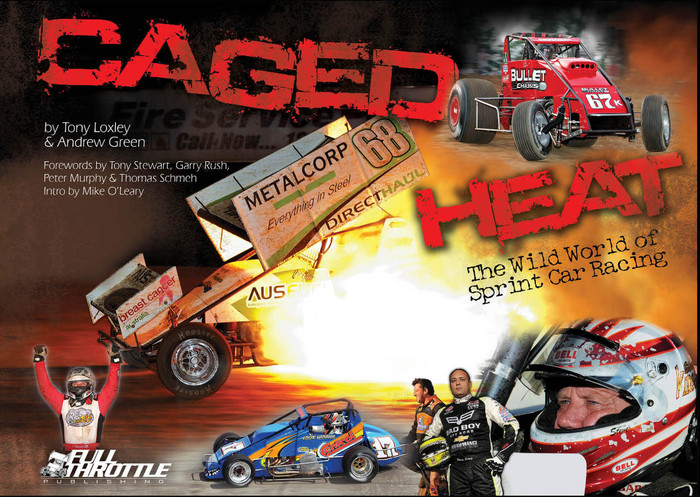 The Intro is by one of America's great writers, Mike O'Leary, and the imagery within his introduction from the '30s onwards, is superb.

'Caged Heat' basically covers the past 15-16 years of sprint car racing from around the world (ending July 2016) whether it be the winged or non winged divisions, or pavement or dirt surfaces. Three countries are predominately covered, those being the USA, Australia and New Zealand.

The book is set for August release and retails for $94.95 (Australian Dollars).

Quite simply, 'Caged Heat - The Wild World of Sprint Car Racing' is the most stunning book ever produced on oval track racing no matter what the genre you may follow, and with only limited numbers available, it is surely to be a collectors item.

MSRP: $59.95
Now: $52.95
Was: $59.95
Sprintcars 2 is a lavishly illustrated ride on the wild side covering the sport of sprintcar racing in Australia and the USA via the lens of photographer/publisher, Tony Loxley...