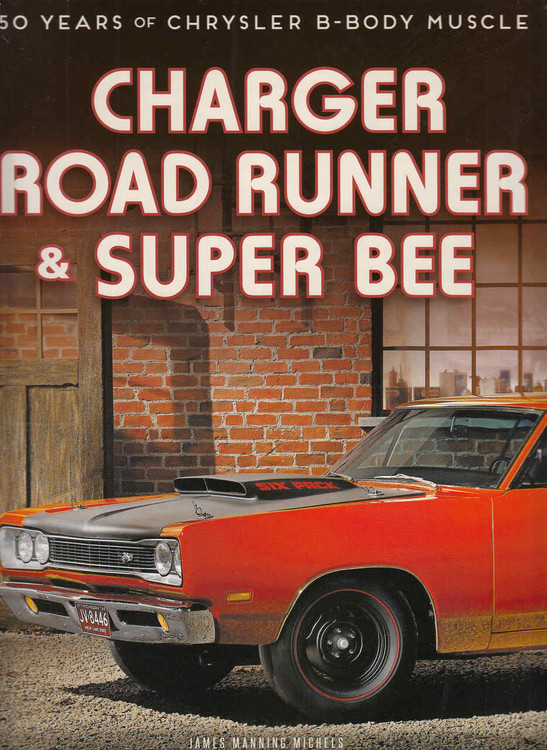 From the Charger to the Road Runner and Super Bee, through the Shelby era, and to the 21st century Charger, don't miss a single moment of Chrysler's 50 years of muscle car dominance.

In 1966, a proper muscle car roared onto the market: the Dodge Charger, the first Chrysler product designed specifically for the baby-boom market. Within a couple of model years, the Charger went from stodgy to sexy, so much so that it became a darling of film and television, appearing in many of the hit cult films produced by the maverick breed of filmmakers taking over Hollywood at the time.

Even more important than the Charger were the B-Body muscle cars it spawned, especially the Plymouth Road Runner, which became one of the most popular muscle cars of the era. Dodge followed with a similar performance car, the Super Bee.

Charger, Road Runner & Super Bee: Fifty Years of Chrysler B-Body Muscle tells the entire B-Body story, from the original Dodge Charger through the popular Charger being sold today. The glory years of 1966 to 1971 are the focus, but the years between then and now are covered as well. During that time, the Charger first became a personal luxury car swaddled in Fine Corinthian Leather, then a hot hatchback imbued with the great Carroll Shelby's mojo. Charger's triumphant return to form beginning in 2006 wraps up this compelling, 50-year story of one of America's great performance cars and its siblings.

James Manning Michels is a lifelong automotive enthusiast and accomplished road racer. He is a former acquisitions editor at Motorbooks. He lives in Minneapolis, Minnesota, and is the author of How to Repair Your Scooter and co-author of 365 Motorcycles You Must Ride. - See more at:

MSRP:
Now: $64.95
Was:
This will be your primary resource when it’s time to tackle a full restoration or complete a simple repair on your prized Pentastar. You won’t find a cheaper “part” that helps...

MSRP:
Now: $89.95
Was:
By: Nigel Roebuck . Brief autobiographies of well known formula one drivers from circuits all over the world. The annual battle for the Formula 1 World Championship represents an astonishing...