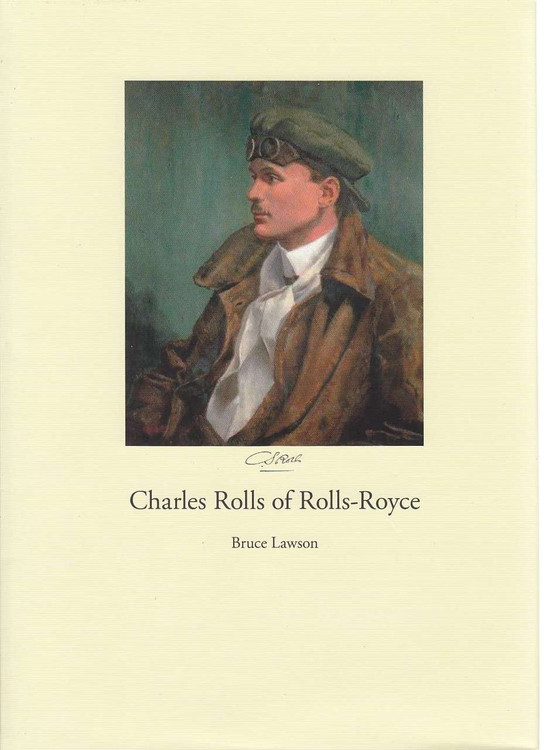 In 1900, aged twenty two, Charles Stuart Rolls was the best known motorist in Britain, better known than Jeremy Clarkson today, and he was winner of that year's Thousand Mile Trial, a major event that launched British motoring as a practical popular concept.

Rolls followed his success in the Thousand Mile Trial by racing highly dangerous intercity races in Europe. He won the Tourist Trophy Race on the Isle of Man by a large margin, and broke the Monte Carlo record and the World Land Speed Record although the latter of these achievements was never officially ratified.

In parallel with his sporting activities, Rolls ran the largest car showrooms in London and as a consequence discovered Henry Royce, the man with whom his name is now forever linked. The company they founded, Rolls-Royce Ltd, has stood at the pinnacle of motor and aero engineering ever since.

Rolls raced balloons for his country, motor raced successfully in the United States and joined the small band of brave aviation pioneers who risked their lives to prove that powered flight was possible. He was first to fly the English Channel both ways but just weeks later perished at an air show. He was just thirty two.

Engineer, salesman, aristocrat and business man, the life of Charles Rolls offers us a timely reminder of British invention, courage and ingenuity a hundred years ago.

... It is perhaps timely ... with the recent centenary of Rolls's tragic death, that this most fascinating character should be re-examined for the benefit of the modern generation.

Pioneer motorist, Racing driver, Balloonist and Aviator – best known as the Co-founder of the firm that bears his name Rolls-Royce.

Only the second biography since 1966 containing over 100 photographs. The story features leading characters of the day Royce, Johnson, Montagu, Edmunds, Claremont and Lord Northcliffe, together with racers, Edge, Jarrott, Brabazon, Renault, Madame Camille du Gast and Dorothy Levitt. Fliers include the Wright Brothers, Ble?riot and Harry Ferguson together with the Balloonist, the jovial Frank Hedges Butler. The Ladies in his life include Vera Hedges Butler, Katherine Wright and Mrs May Assheton Harbord.

Though a comprehensively researched biography, the book is meant to be fun and is also packed with anecdotes to reflect the spirit and glamour of the Edwardian age.

MSRP: $299.95
Now: $99.95
Was: $299.95
By: Martin Bennett . The names Rolls-Royce and Bentley have long been synonymous with engineering excellence, longevity, luxury and beauty of line. All these attributes were developed to a very high...

MSRP: $179.95
Now: $99.95
Was: $179.95
By: Jonathan Harley, new book, small tear on the front cover. To say that Jonathan Harley knows his subject inside out is no exaggeration; in the past four decades he has restored over one hundred...

MSRP:
Now: $299.95
Was:
By: Martin Bennett . This book is a celebration of the three Phantom models built by the original Rolls-Royce car company in the post World War II period — the Phantom IV, Phantom V and...

MSRP:
Now: $89.95
Was:
By: Nigel Roebuck . Brief autobiographies of well known formula one drivers from circuits all over the world. The annual battle for the Formula 1 World Championship represents an astonishing...

MSRP:
Now: $39.95
Was:
Hardcover, Published in 2017 The bestselling author of Long Way Round details his recovery from a major accident On February 16, 2016, Charley Boorman suffered a major traffic accident in Portugal...