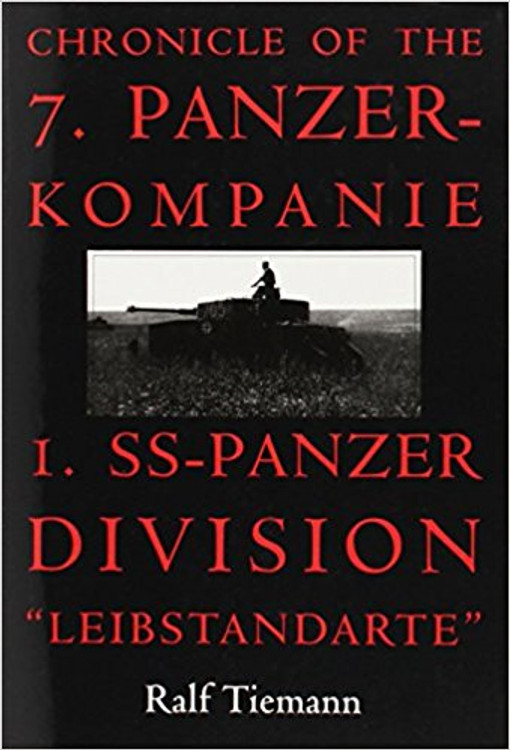 This chronicle of the 7.Panzerkompanie follows the unit history of a Leibstandarte tank company from its creation in 1942 to the end of World War II.

Compiled by former company commander and German Cross in Gold holder Ralf Tiemann, the detailed text relies on both official documentation and the personal recollections of numerous unit veterans.

An individual level narrative covers the intense first combats for Kharkov in early 1943 and the summer Kursk engagements later the same year. In 1944 the unit engaged the Western Allies after D-Day.

Illustrated with private photos made available from Waffen-SS veteran contributions, the detailed appendices provide a complete roster of all commanders, platoon leaders, senior NCOs, award winners and those killed in action.

Exacting cartographic material allows the reader to follow all engagements in this first unit history of a Leibstandarte tank company available in English.

Chris Carter at Large - Stories from a Lifetime in Motorcycle Racing

MSRP:
Now: $36.50
Was:
By: Larry O' Toole . Few Modifications Change the appearance of a vehicle as much as a well executed top chop. Learn how to prepare, mark out and accomplish a top chop on a range of vehicles from...

MSRP:
Now: $49.95
Was:
By: Brooklands Books . Chrysler Hemi engines had been winning races for some years before the announcement of the C-300 in January 1955. The C-300 lived up to its competitive ancestors and was...

MSRP:
Now: $99.99
Was:
By: Robert Ackerson . This book is a must for enthusiasts of outstanding high-performance automobiles. It examines in detail all the great Chrysler 300 models from 1955 to the latest versions...

MSRP:
Now: $29.95
Was:
By: Mike Seate, Linda Black McKay . Builder and rider Mike Seate profiles today's best in custom choppers and bobbers. Bared to the bone and splashed in wild colors or outfitted with the most...

Chris Sclater - Memories of a Rally Champion (signed by the author)

MSRP:
Now: $89.95
Was:
Signed by the author Chris Sclater, Paperback, Published in 2018, 224 pages. Chris Sclater's reputation as a quick rally driver emerged in 1968 when he finished 9th overall on his first...