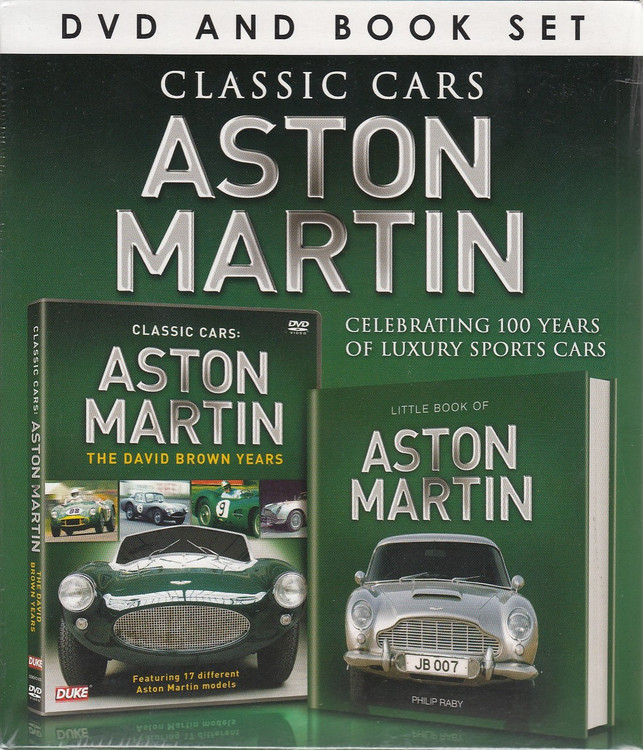 When industrialist Sir David Brown bought Aston Martin he began a 25-year programme of development which would see the marque established as a prestige brand, and become dominant on the racetrack.

This nostalgic film fully explores this period, from Sir David's acquisition in 1947 to his decision to sell the firm in 1972.

A feast of magnificent archive footage charts the racing history of Aston Martin, from the DB1 to the DP214, including the exploits of such legendary names as Stirling Moss, Carroll Shelby, Tony Brooks, Roy Salvadori, Peter Collins, Geoff Duke and more. We are treated to rare film of Aston Martin's great racing machines in action at the Mille Miglia, Silverstone, Goodwood, Sebring, the Nurburgring, Oulton Park, Dundrod and, of course, Le Mans - where the company scored a hard-fought victory in 1959.

The film concludes with a look at the post-DB years, right up to the iconic DB7 of the 1990s, which continued the David Brown legacy into a new generation.

The Little Book of Aston Martin tells the story of one of Great Britain's most coveted motoring marques. Aston Martin was formed in the 1920s and has had a rollercoaster ride ever since, often with financial struggles and with a number of changes of ownership. Yet, against all odds, this small company has managed to produce some of the most beautiful sports cars ever seen. And it continues to do so today.

This book includes details of many of the most important Aston Martins ever produced, from the very early models, right up to the stunning Vanquish, DB9 and Zagato. There is a brief description of each model, together with photographs and a specification table.

Finally, there is a chapter on that most famous of Aston Martin drivers - James Bond - who has probably owned and destroyed more of these fabulous cars than anyone else. While the rest of us just dream of owning one!

MSRP:
Now: $199.95
Was:
By: Dudley Coram . This book was originally published in 1957. This edition reprinted in a limited edition of 600 copies in April 2004. The pre-eminent position of the British Motor Industry in the...

Classic Cars of The 50's DVD

MSRP:
Now: $79.95
Was:
By: Dave Pollard . Classic Car Electrical Systems Repair Manual - This book is for those whose cars have 'conventional' electrics which, in general terms, means those with a contact breaker points...