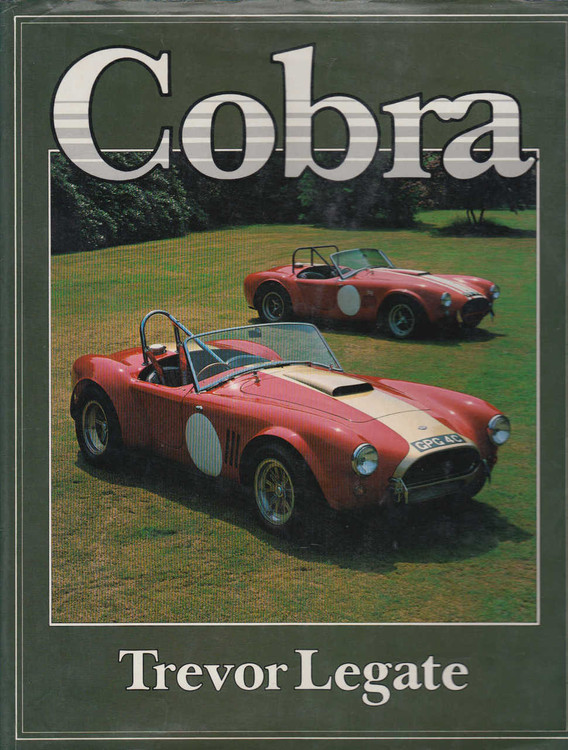 Every once in a while throughout the history of the Automobile, one car will stand above the rest as being indicative of its era — the Rolls Royce Silver Ghost, SSK Mercedes, Bugatti Type 35 to name but a few.

For many people the AC Shelby Cobra will always be the car which symbolises the Nineteen Sixties, a time before wholesale speed limits, impact bumpers and 'smog-legal', socially acceptable vehicles; an era of big engines and relatively cheap fuel.

The Cobra was unique amongst the truly fast cars of that period in that it was a Sports Car in the true sense of the word, putting sheer performance above all else and embodying a great deal of the character of open-topped motoring from the previous two decades. It also had the good fortune to retain much of the style of its predecessor, the AC Ace, regarded by many as one of the most attractive sports cars of all time.

Some two decades since the first Cobra was constructed, the mighty 7-litre Cobra 427, with its phenomenal acceleration, stands as a high-water mark for all performance cars. As legislation and restrictions curtail engine power, it could arguably be described as the most powerful production car of all time.

This book sets out to recount the story of how two small companies (with the help of Ford) joined forces across the Atlantic to create a small piece of motoring history and to show how their relatively small number of sports cars have survived, indeed flourished, over twenty years later.

MSRP:
Now: $299.95
Was:
By: Trevor Legate . 2nd hand book in very good condition Description This book tells the complex saga of a sports car that was created in the early 1960s as a result of an unlikely...

MSRP:
Now: $299.95
Was:
By: Trevor Legate . 2nd hand book in very good condition Description This book tells the complex saga of a sports car that was created in the early 1960s as a result of an unlikely...

MSRP:
Now: $29.95
Was:
By: Lain Ayre . Description STOP! Don't buy a Cobra replica without buying this book FIRST! Having this book in your pocket is just like having a real marque expert by your side. Benefit from lain...

Codename Valkyrie - General Friedrich Olbricht and the plot against Hitler