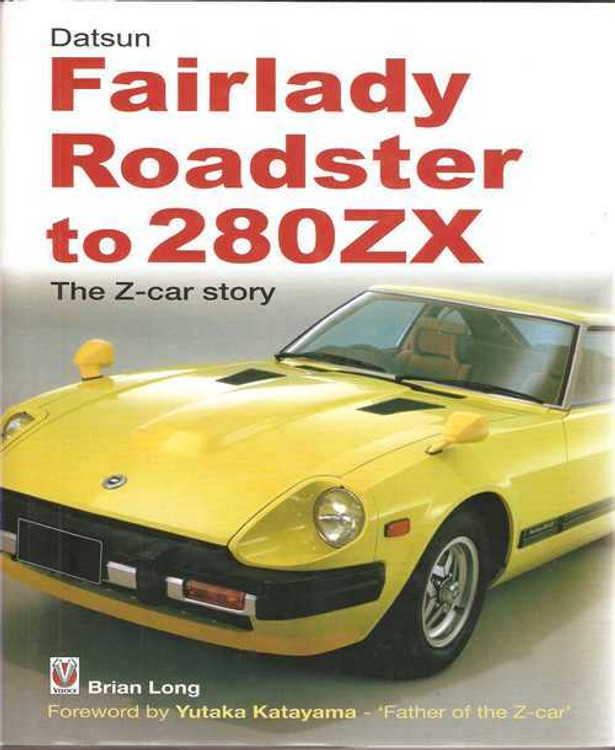 Launched in 1969, the Fairlady Z was the car that put Nissan (then Datsun) and Japan in the first division of the automotive manufacturers' league. The Z paved the way for a new breed of cars to succeed outside of Japan; a development which would fundamentally change the world's auto industry.

This book, the first of two volumes, looks in detail at all of the Datsun sports cars that proudly carried the Fairlady name - the SP/SR roadsters, the 240Z, 260Z and 280Z, and the S130 series, commonly known as the 280ZX in export markets.

In this volume is a great deal of new information for enthusiasts in the west as Japanese models are covered in detail, along with those sold in Europe and America. It also puts straight, once and for all, the convoluted story of the Z, as there have been so many conflicting reports on what happened and when. Photographs and other illustrations have been sourced almost exclusively from the factory, so dedicated Datsun owners searching for originality are well catered for.

For many years, the Datsun Z was credited as the most successful sports car of all time, gaining fans the world over, and laying claim to a number of important successes in competition, both on the race track and in rallying: here is the Z-car story ...

MSRP:
Now: $99.95
Was:
By: Mick Walker . The most famous of all British racing motorcycles, with an ancestry dating back to the very dawn of the internal combustion engine, the 'cammy' Norton is inseparable from the era of...

MSRP:
Now: $149.95
Was:
By: Brian Long . The Subaru Impreza went on sale in November 1992, powered by a boxer engine, and with the option of four-wheel drive on certain models. It was also available as an estate. ...

How To Restore Your Datsun Z-Car