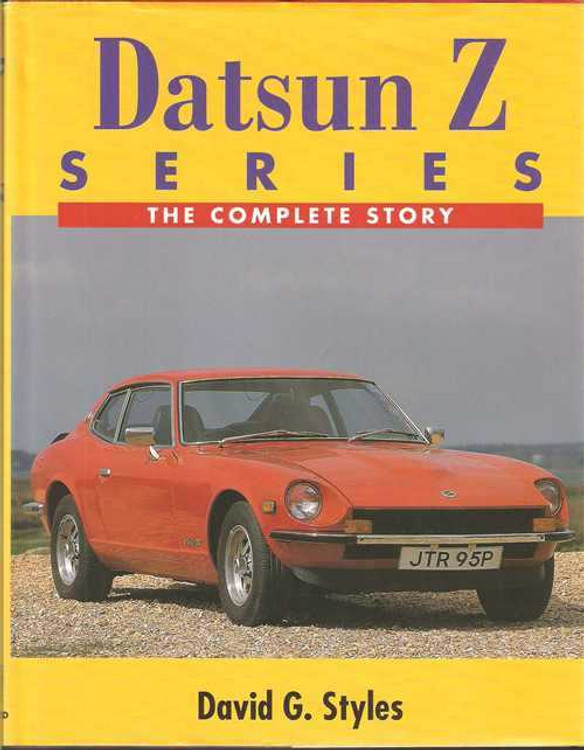 This is the story of a classic sports car that, coming from a Japanese manufacturer with little pedigree in the market, took the world by storm. The Nissan Motor Company - known as Datsun internationally until 1983 - produced a remarkable two seat sports coupê in 1969 that redefined the term 'mass produced sports car'.

Nissan had achieved some modest success with its SP310 and SR311 cars in the early 1960s, but decided to approach the production of their new sports car entirely from scratch. Starting with no preconceived requirements Nissan thoroughly researched the existing sports car market - particularly the demands of the hugely important United States buyer - and proceeded to design their car in response. They brought in a German American named Albrecht Goertz as designer, already responsible for the famous BMW 507 sports car and an earlier Japanese classic, the Toyota 2000GT. But Goertz will always be remembered for the Z Series of cars for Datsun: primarily the 240Z of 1969, 260Z of 1974 and the 280Z a year later.

It was these cars that established Nissan as the world's largest volume manufacturer of sports cars, and they are at the heart of this fascinating history. Motor historian and writer David G. Styles has researched their story from contemporary reviews, news and road tests as well as archive material from Nissan's own library in Tokyo, some of it specially translated for this book.

With detailed coverage of all principal models, the 2+2s, the 280ZX and on to the pinnacle of Nissan sports car achievement in the form of the superb 300ZX series, this is essential reading for all fans of these classic and charismatic cars.

MSRP:
Now: $89.95
Was:
By: Andrew Noakes . Mercedes-Benz has built an enviable reputation for engineering excellence and a history of sporting success. The two come together in the glamorous and successful SL series, which...

MSRP:
Now: $150.00
Was:
By: Mick Walker . In just a few years the BMW Z3 has earned itself the title of one of the world's most desirable cars. Its styling and performance, and the cachet of the all-important badge, have...