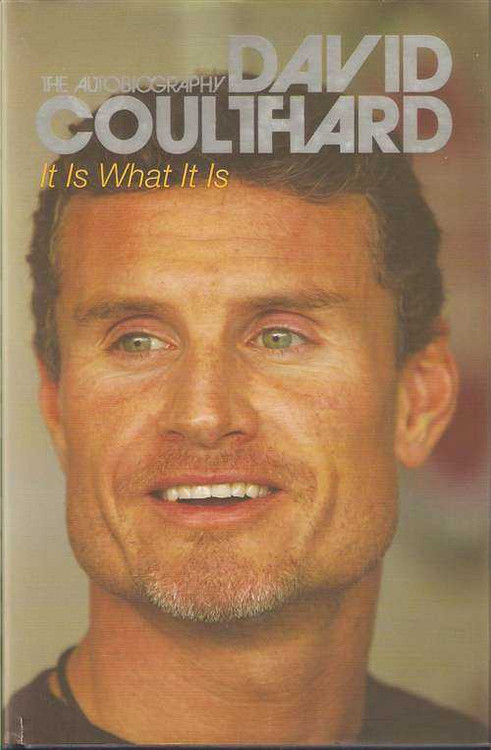 The stunningly honest and revealing autobiography of the most successful British Grand Prix driver of all time.

From his quiet beginnings in rural Scotland to his multi-millionaire lifestyle in Monte Carlo, where he owns one of the most luxurious hotels in the principality, David Coulthard's life story is an extraordinary one. He got his breakthrough into Formula One in the tragic circumstances of Ayrton Senna's death in 1994, and quickly established himself as one of the best drivers on the circuit. From 1996-2004, he drove for McLaren, one of the leading teams throughout the entire period, before moving to Red Bull for 2005-07.

Taking the reader from his early days when he first became hooked on racing karts at the age of eleven to the high-speed world of Formula One, Coulthard has written one of the most honest and powerful sports autobiographies of recent years. He talks frankly about his ups and downs at McLaren and also about the reputation he gained for his playboy lifestyle. Throughout it all he seeks to answer the questions about himself that anyone might ask, and so to reveal what it is that really drives him on. His struggle to understand himself makes for a remarkable memoir.

MSRP:
Now: CAD92.28
Was:
By: Brian Long . Launched in 1969, the Fairlady Z was the car that put Nissan (then Datsun) and Japan in the first division of the automotive manufacturers' league. The Z paved the way for a new...

MSRP:
Now: CAD83.01
Was:
By: Dave Perewitz, Mike Seate, Simon Green . As a young man, Dave Perewitz spent so much time customizing motorcycles in his parents' garage that his hobby turned into a business: Perewitz Cycle...

MSRP:
Now: CAD323.02
Was:
By: John Zimmermann . The Technical History of the Machines Designed and Built by All American Racers In the more than four decades since it was founded by racing legends Dan Gurney and Carroll...

MSRP:
Now: CAD92.24
Was:
By: David G. Styles . This is the story of a classic sports car that, coming from a Japanese manufacturer with little pedigree in the market, took the world by storm. The Nissan Motor Company - known...