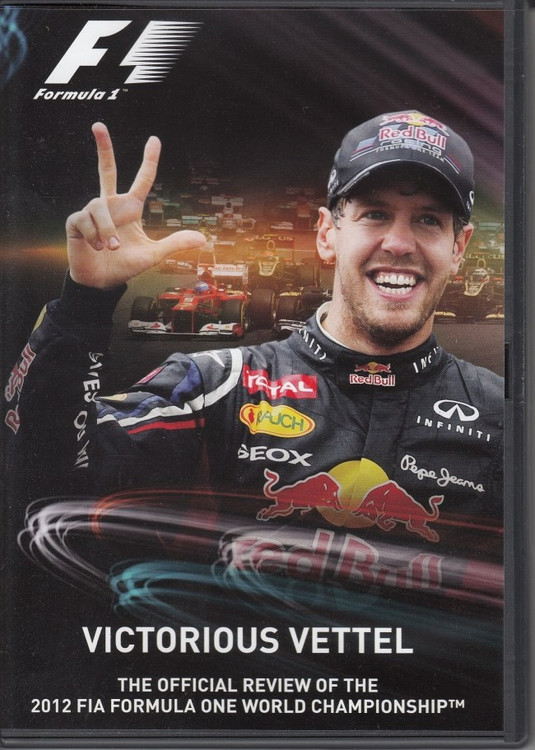 The 2012 season had a script worthy of a Hollywood blockbuster! A record-breaking six World Champions took to the track in the battle for supremacy. With seven different winners in the first seven races, no driver - or team - could claim dominance.

An impressive twenty races from all corners of the globe set the scene for an incredible season and FORMULA ONE'S return to the USA made it a truly global Championship.
Raikkonen's comeback was anticipated with bated breath. Kimi kept his cool in the desert and won in Abu Dhabi, but as one driver returned to glory, a legendary name decided to say goodbye. Seven times World Champion Michael Schumac.her, called time on his record-breaking career.
The drama continued until the chequered flag in Brazil - one man would walk away as Champion for a third time. Alonso had to be aggressive, but despite a thirteen point advantage, Vettel couldn't afford to throw it away. In one of the most gripping season finales, both men were pushed to the absolute limit. Nine drivers have won three World Championships, but only Juan Manuel Fangio and Michael Schumacher had won three in a row - until now.
Witness the stunning detail of 24 incredible FORMULA ONE cars and 20 spectacular circuits. Feel like you are inside one of the extraordinary machines and experience the roar of the V8s in 5.1 surround sound. With over five hours of footage, On Board Camera action with driver commentary and six Extra Features, you can relive the spectacle that was the 2012 FIA FORMULA ONE WORLD CHAMPIONSHIP.
This 2 DVD set is zone 2 PAL, 317 minutes.
View AllClose

MSRP:
Now: $59.95
Was:
Victorious Vettel (2 Blu-ray SET) The 2012 season had a script worthy of a Hollywood blockbuster! A record-breaking six World Champions took to the track in the battle for supremacy. With seven...