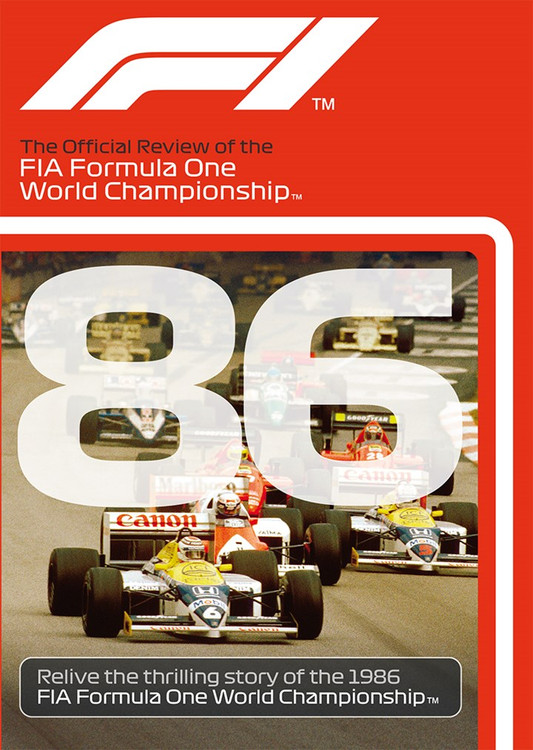 The cacophony of 30 highly tuned engines each laying down up to 1000hp on the tarmac as the lights turn to green. The spectacle of the World’s finest drivers, cornering on the limit at 180mph and under G-forces often exceeding those experienced by fighter pilots. Or the sight of twin vapour trails spiralling off the rear wing of one of the mighty supercars as its driver cuts through the air on maximum turbo boost, going for pole position.

In this review you can experience all these images from the comfort of your armchair. And what a season to watch!

A brilliant and determined Briton, Nigel Mansell, has a season-long battle, not only against the hard-charging Brazilian Ayrton Senna in the Lotus, but also Keke ‘ten-tenths’ Rosberg and the reigning world champion Alain Prost, and his team mate Nelson Piquet.

MSRP:
Now: $59.95
Was:
The 2021 edition of the 24 Hours of Le Mans saw the introduction of the new "Hypercar" class, pitting Toyota Gazoo Racing's GR010 hybrid against conventionally-powered Alpine and Glickenhaus cars...

Sunshine, Speed and a Surprise - The 1959 Gold Prix of the United States (signed by Joel E. Finn)

MSRP:
Now: $299.95
Was:
signed by: Joel Finn, 2nd hand book in good condition. This is a story of speed, challenge and championships. In the decade after World War II, in an America gone patriotic and car crazy, racing...

MSRP:
Now: $220.00
Was:
Lartigue’s passion for racing cars brought to life with 150 images and diary extracts. Lartigue et les autos de course is a book that will fulfill the expectations of all car-racing lovers and...

MSRP:
Now: $130.00
Was:
A comprehensive and exhaustively researched biography chronicling  Ralph’s great career. Acknowledged as one of the greatest racing car drivers of all time, immigrant Ralph DePalma began...