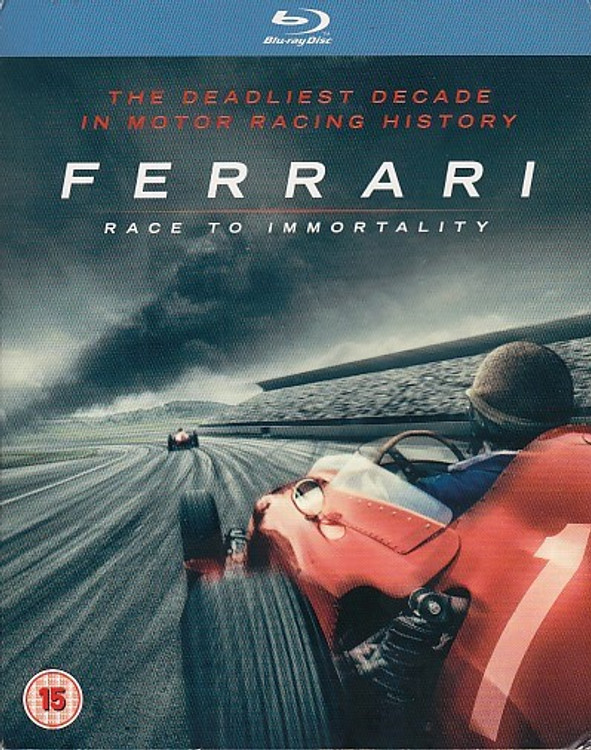 1950’s; the deadliest decade in Formula 1 history. As cars pushed the limits of human ingenuity, drivers lived on a knife edge between life and death. La Dolce Vita during the week and a coin toss of whether they lived or died on the weekend. At the centre of it all was Enzo Ferrari, a man who dared to dream about speed in ways nobody else could and who was the puppet-master of his racing team. Amidst the stiff competition within the Ferrari team, two of its stars Peter Collins and Mike Hawthorn decided that their friendship was as important as winning the next race. Ferrari:

MSRP:
Now: $199.95
Was:
By: Ulrich Upietz . new book, some shelf wear, little tear on first page - see the image. German and English text. Porsche engineers, who were first involved in development of the 911 in motorsport...

MSRP:
Now: $34.00
Was:
By: Tony Loxley . The sixties. What a decade. Vietnam, hippies, bee-hive hair styles, Elvis, the Easybeats, stovepipe pants – and Speedway. Australian speedway in the sixties was huge. Tracks would...

MSRP:
Now: $49.95
Was:
Ferrari: Race to Immortality DVD 91 Mins 1950’s; the deadliest decade in Formula 1 history. As cars pushed the limits of human ingenuity, drivers lived on a knife edge between life and death. La...

MSRP:
Now: $59.95
Was:
"l believe Mauro Forghieri designed The most elegant Fl car ever built.  He was arguably the best racing car designer of the time." - Jacky Ickx Ferrari 312B tells the story of men and...

MSRP:
Now: $59.95
Was:
Duke's proud to be able to unveil the 2021 World Rally Championship   Yes, after a few years of only publishing on DVD, we think that demand for Blu-ray now warrants the investment in mastering...

MSRP:
Now: $59.95
Was:
The Official Review of the 2021 FIA Formula One World ChampionshipTM on two-disc Blu-ray Unpredictable, explosive and intense to the end – experience a season like no other Get ready to...

MSRP:
Now: $19.00
Was:
The 2022 Repco Supercars Championship Official Season Guide is the must-have publication for any Supercars fan. This A5-sized publication has expanded in 2022 to over 200 pages. Printed in full...