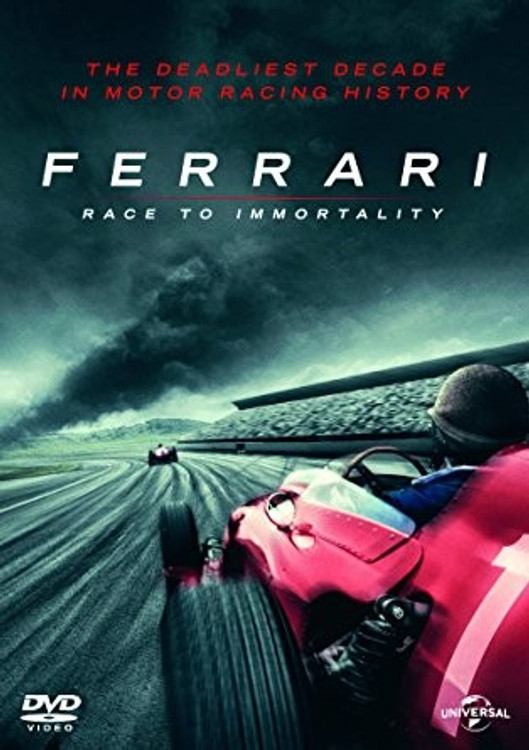 1950’s; the deadliest decade in Formula 1 history. As cars pushed the limits of human ingenuity, drivers lived on a knife edge between life and death. La Dolce Vita during the week and a coin toss of whether they lived or died on the weekend. At the centre of it all was Enzo Ferrari, a man who dared to dream about speed in ways nobody else could and who was the puppet-master of his racing team. Amidst the stiff competition within the Ferrari team, two of its stars Peter Collins and Mike Hawthorn decided that their friendship was as important as winning the next race. Ferrari:

MSRP:
Now: $49.95
Was:
"l believe Mauro Forghieri designed The most elegant Fl car ever built.  He was arguably the best racing car designer of the time." - Jacky Ickx Ferrari 312B tells the story of...

MSRP:
Now: $39.95
Was:
Throughout this video, Ford followers will relive the times of Ford in The Great Race from its first victories at Phillip Island, through the glory years and the heartbreak years – and get to...

The History of Ferrari - The Definitive Story DVD

MSRP:
Now: $199.95
Was:
By: Ulrich Upietz . new book, some shelf wear, little tear on first page - see the image. German and English text. Porsche engineers, who were first involved in development of the 911 in motorsport...

MSRP:
Now: $59.95
Was:
By: Rainer W. Schlegelmilch . Description A Ferrari love affair lasts a lifetime: whoever falls under the spell of the prancing horse's power, speed and beauty remains bewitched forever. The purpose...

MSRP:
Now: $49.95
Was:
By: Paolo D' Alessio . The history of the "Rosse" from the beginning up today. Ferrari's fifty-year Formula 1 history is made up of ups and downs, of memorable exploits and bitter...