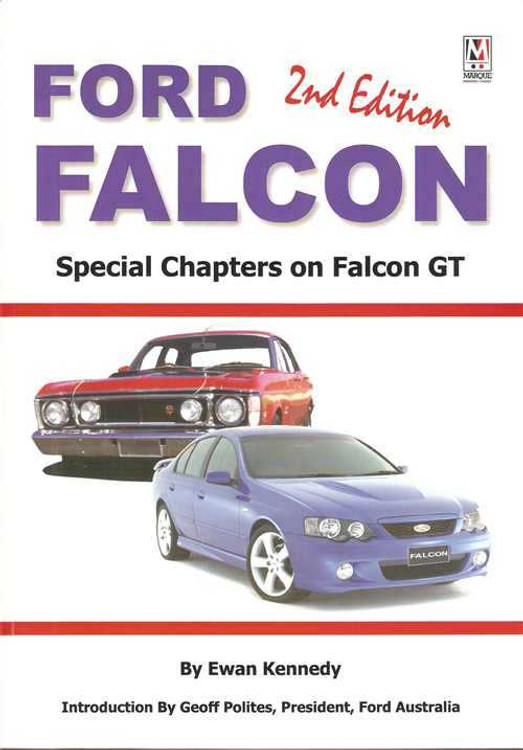 Since the launch of the original XK in 1960, the Ford Falcon has carved a reputation at the forefront of Australian automotive engineering. Building on five decades of engineering excellence and innovation, the BA Falcon has led a stunning resurgence of the Blue Oval brand since its September 2002 launch.
From the first glimpse of the sleek and stylish exterior, the BA was recognised as a major step forward. New engines, including a locally designed and developed turbocharged six cylinder engine, new features, new suspension, new interiors and an aggressive marketing campaign all combined to contribute to Falcon regaining its sales momentum. And that was before the launch of the new GT - a nameplate we were determined to reintroduce only when we were satisfied we had a vehicle worthy of the legendary GT badge.

In 2002 Falcon not only took out the prestigious Wheels Car of the Year title, but also Australia's Best Cars Best Family Car (Futura) and Best Sports Car under $57,000 (XR6 Turbo). 2003 saw a repeat victory for Ford in Australia's Best Cars, with the entry level XT winning the Family Car award. 2003 also marked a return to leadership on the race track, with Marcos Ambrose piloting the BA Falcon to the V8 Supercar driver's championship.

MSRP:
Now: $79.95
Was: $89.95
By: Ewan Kennedy . This book provides the most up to date information on Ford Falcon GT from 1967 to 2004. It covers specifications, identification information, original photographs, road tests,...

The Racing History of The Australian Ford Falcon GT-HO DVD

MSRP:
Now: $79.95
Was: $89.95
By: Ewan Kennedy . This book provides the most up to date information on Ford Falcon GT from 1967 to 2004. It covers specifications, identification information, original photographs, road tests,...

MSRP:
Now: $62.50
Was:
By: Max Ellery . Description Every endeavour has been made to ensure all information in this manual is accurate. Mistakes and omissions can always occur, and the publisher does not assume any duty...

MSRP:
Now: $49.95
Was:
By: Brooklands Books . The Falcon was introduced as a compact line to combat European imports. Originally it depended on simple styling and engineering with an unexciting engine. The Futura was...

MSRP:
Now: $89.95
Was:
By: Ewan Kennedy . Acomprehensive guide for the Falcon enthusiast, whether they be an owner, buyer, or simply a lover of these classic models from Ford. A compilation of road tests, brochures,...