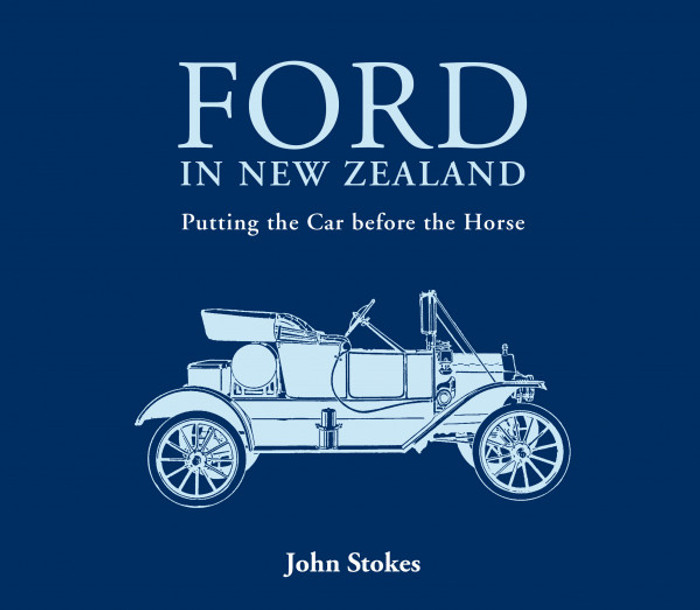 This book looks at how the cars were built in Canada and shipped to NZ. Includes colour photos of the oldest known Canadian-engined Model T (from 1913) in NZ, illustrating the notorious journey from Wellington to Auckland in 1912 – an eight-day journey, undertaken with a Model T Ford. 1st World War breaks out. The way wars are fought changes rapidly – motorised transport is now vital. The fascinating story of the reasons for the development of the Fordson tractor, to help Britain grow food. The Fordson would soon become an important tool in New Zealand. The post-war boom and bust conditions. Postwar re-organisation. Ownership of the Ford Motor Company discussed. Trade within the Empire. Influences from Britain to ‘Buy British’. A new Ford truck is released and soon become important to the New Zealand economy and quickly replace horses. Changes in society – this is the ‘roaring twenties’. The motor car is finally defined in New Zealand as not a luxury, but a necessity. Ford changed the world, including in New Zealand. Richly illustrated with images of Ford cars through the decades, a fascinating social history is brought to life.

MSRP:
Now: $49.95
Was:
By: Todd Niall . 1st Edition,  Signed by the author. Introduction The Trekka is a reminder that life in New Zealand was once very different. The only motor vehicle ever to have been...

Cosworth and Ford - The Road Cars

MSRP:
Now: $89.95
Was:
By: Graham Robson . ALTHOUGH COSWORTH'S original link with Ford was with the Formula Junior engine of 1960, the first Cosworth- badged Ford road car did not appear until 1985. Although Cosworth had...

Ford In Britain - A History Of The Company And The Cars