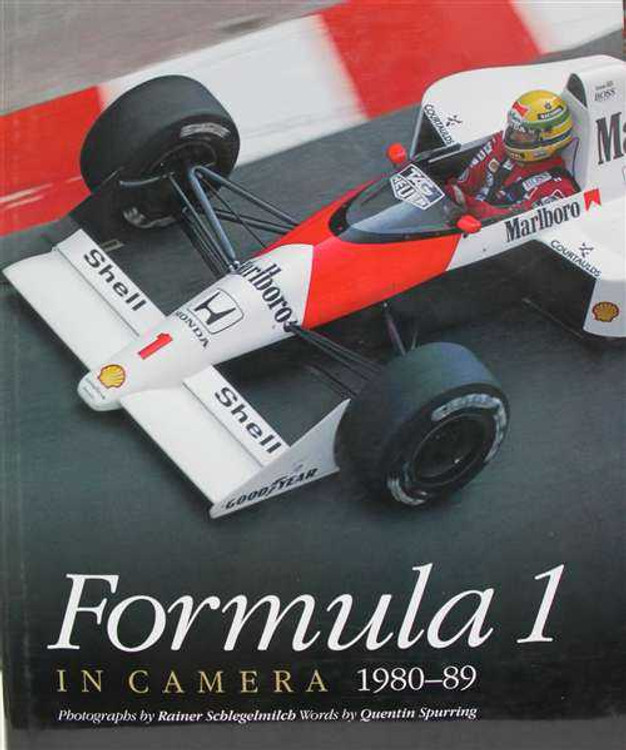 The 1980s was a pivotal decade in the story of Grand Prix racing. Formula 1 was transformed by political upheaval, technical innovation and extended TV coverage, which laid the foundations for today's globally popular sport. Main Prost, Ayrton Senna and Nigel Mansell all made their debuts and became, with Nelson Piquet, the stars of the decade — arch rivals equipped, at one stage, with the most powerful racing engines of all time. McLaren and Williams first established themselves as regular winners and Benetton, which later evolved into Renault, entered the arena. These teams, with Ferrari, remain the Big Four in the new millennium.

The drama of this extraordinary decade was all captured by one of the greatest motor racing photographers of all time. Rainer Schlegelmilch photographed his first Formula 1 Grand Prix at Spa-Francorchamps in 1962, the year before establishing his photographic and design studio in Frankfurt. While commercial photography has always been his main business, he has covered Formula 1 ever since. The glorious range and quality of his work is recognised worldwide.

Rainer's Formula 1 images, focus for the first title in this series, Formula 1 in Camera: 1970-79, have featured in many beautiful books. Recent publications include the limited-edition, four-part Great Challenge Collection (celebrating the eras dominated by Jim Clark, Jackie Stewart, Niki Lauda and Ayrton Senna). This won the annual 'Plus Beau Livre' prize at the 2002 Festival Automobile in Paris. The acclaimed Grand Prix: Fascination Formula 1 and Ayrton Senna: Driving to Perfection are also among the best-known publications that have been based on his outstanding photography.

Quentin Spurring worked on the editorial team at Autosport in London between 1966 and 1970. After spells with the BARC, as the editor of Competition Car and in motorsport PR (notably with Graham Hill's Embassy Racing Formula 1 team), he returned to Autosport in 1976 and served as the editor or executive editor of over 600 weekly editions. In 1988 he formed Q.ED, a contract publishing company specialising in motorsport. In 1992 he launched the award-winning Racecar Engineering, and more recently moved into digital media as the editor of RaceAccess, Phi and then Autosport Professional. He has been the European motorsport correspondent of AutoWeek for over 20 years.

MSRP:
Now: $150.00
Was:
By: Giorgio Piola, used, excellent condiiton. Description The revolutionary modifications to the regulations decided on by the Federation before the 2009 F1 World Championship, have had severe...