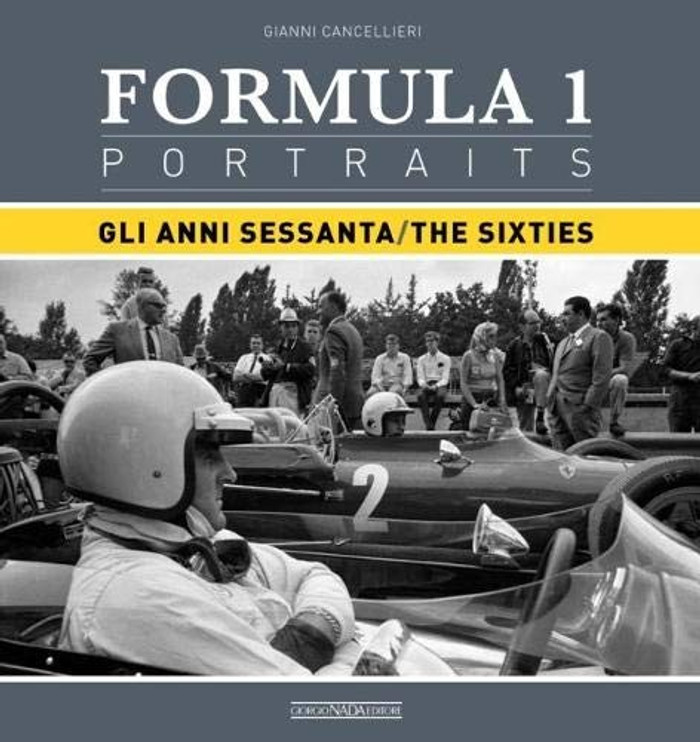 A collection of characters, drivers, champions and mechanics who animated Formula 1's glorious Sixties. In this unique book, the first of a series that decade by decade will review the history of motorsport's ultimate championship through to the 2000s, it is above all the portraits that speak, giving a face to men who have truly written the history of the blue ribbon series. All thanks to an incomparable repertoire of previously unpublished photos accompanied by texts by Gianni Cancellierii, one of the leading motorsport experts. 7 February 1960, Bruce McLaren wins the GP of Argentina at the wheel of a rear-engined Cooper that the year before had carried Jack Brabham to the World Championship title. This was the first great novelty of the decade: in order to be successful the cars had to have their engine behind the cockpit. Then, in 1961, came the 1.5-litre engines and even Ferrari followed the rear-engine trend. This was an epochal revolution. A decade was underway that would see great feats, great victories and great tragedies and of course great drivers of the calibre of Phil Hill, Jack Brabham, Jim Clark, John Surtees, Graham Hill, Denny Hulme, Jackie Stewart and many others. However, in this ""gallery of faces"" there are also designers, team managers, mechanics, women in the pits as well as the ever-varied world of the tifosi. Formula 1 Portraits is all this and more besides, an overview of motorsport's most important category, the book that should be on the shelves of every F1 connoisseur as well those of all the young neophytes approaching this enthralling world for the first time.

Cadillacs Of The Sixties

MSRP:
Now: $199.95
Was:
By: Roy A. Schneider . Hundreds of clear photographs - largely factory originals - depict prototypes, production models, customs, engines and interiors of Cadillacs of the 1960s. Each model for every...

The Complete Book Of Formula One

MSRP:
Now: $175.00
Was:
By: Simon Arron . The Complete Book of Formula One is a year-by-year account of the cars, drivers, and races of Formula One from 1950 to the present. This fully-updated, second edition includes...

The Birth of Formula One DVD

MSRP:
Now: $75.00
Was:
2nd hand book in excellent / like new condition. Language: Italian This books explores the world of Auto Union, of his great cars and great drivers.From the birth of Auto Union to the last...

MSRP:
Now: $250.00
Was:
Hardcover book, published in 2021, 432 pages,  This book, mainly through images (for the most part unpublished and meticulously captioned), traces the exceptional journey of an endearing man...

MSRP:
Now: $74.95
Was:
FOR the first time, the ultimate history of the Bathurst 12 Hour is being published to mark 10 years of the event catering to exotic GT3 sports cars, a thrilling era of racing that opened the iconic...