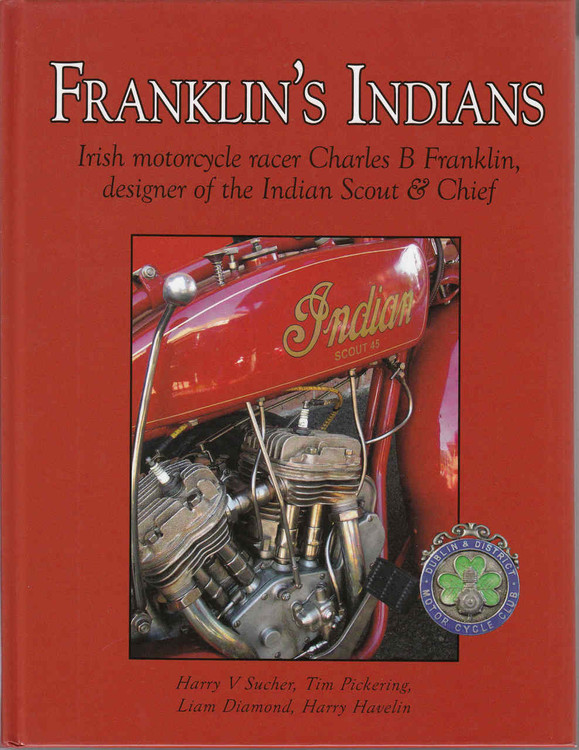 The Indian has been the iconic image forAmerican bigV-Twins down the years, due in no small measure to the motorcycles designed by Charles B Franklin - the Indian Scout and the Indian Chief.

Charles Franklin was born and raised in Ireland where he became involved in motorcycle racing during the pioneer years. He rapidly established himself as Ireland's first big star of racing and was the first to represent Ireland in international motorcycle competition. In the Isle of Man TT he consistently finished in the top eight, and in 1911 claimed second place, a remarkable achievement in itself.

But it was when he moved to Indian in the USA, where he became the Chief Design Engineer, that his genius really flowed. His designs catapulted Indian back into the forefront of motorcycle development in the 1920s and '30s and his racing engines and motorcycles won much glory for Indian against stiff opposition.

Franklin introduced remarkable improvements in side-valve combustion chamber design that pre-dated the work of Ricardo. He championed an holistic approach that popularised new features such as the semi unit-construction `powerplane, helical-gear primary drive, double-loop full-cradle frames and a host of other improvements to the early motorcycles.

This book not only chronicles his life but also sheds much new light on the history of Indian motorcycles and the often turbulent times of the Indian Motorcycle Company itself.An absolutely essential book for Indian enthusiasts, motorcycle historians and all who love the classic American V-Twins.

MSRP:
Now: $169.95
Was:
By: David Venables . Famed as the birthplace of motor racing, France also played an essential role in nurturing the sport in its early years, blue becoming the national racing colour when Messrs Mors...

MSRP:
Now: $49.95
Was:
On the wekend of 18th - 19th September in 1999 the HSRCA conducted a tribute race meeting to the multi talented racing career of Frank Gardner. Prior to that, at a special Club Dinner,...

Franco Mantegazza I. DE. A Institute (Car Men Series No 7)

From Chain Drive To Turbocharger - The A.F.N. Story (Denis Jenkinson)

MSRP:
Now: $219.95
Was:
This boxed set comprises of author John Giles' three bestsellers - Flanders: Then and Now, The Somme: Then and Now and The Western Front: Then and Now all together in a handsome slipcase. Three...