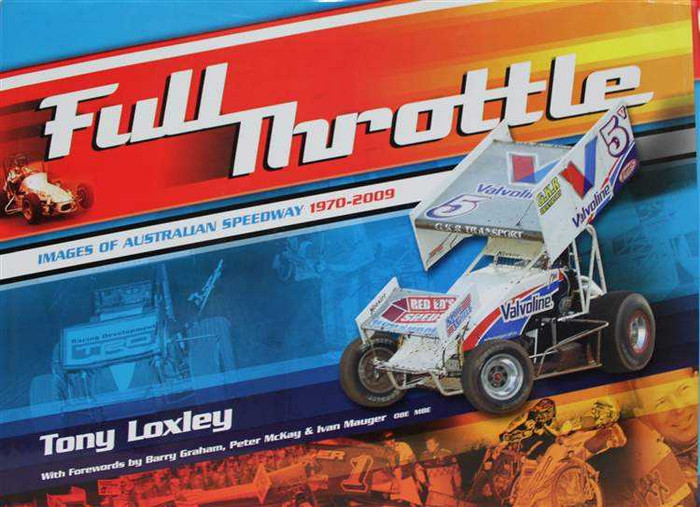 Speedway racing has been conducted in Australia for over 100 years, beginning with primitive motorcycle races on roughly laid out oval tracks, or established horse racing and showground venues. And for a century race fans have flocked to the oval tracks throughout the country to view what can only be described as the most exciting motor racing on earth.

The 1960s - motor sport's most deadly era - cemented the sport of speedway racing as a legitimate powerhouse in Australia, and from the 1970s onwards, the sport has continued to develop and grow. The 1970s saw a dramatic change in cars, engines and safety equipment, and tours to Australia by world class competitors such as Indy 500 legends A.J Foyt and Johnny Rutherford, and multiple World Speedway Champions Ivan Mauger and Ole Olsen to name a few.

The decades of the '80s and the '90s also saw enormous crowds continue to flock into the many ovals tracks throughout the country, and as we power slide through the new millennium, that momentum continues, with the 800-horsepower winged sprintcars leading the way.

Full Throttle - Images of Australian Speedway 1970 - 2009 captures the aforementioned drivers and riders in action, and hundreds of others who have defined this sport over the past few decades. The many tracks and defining changes to the sport are also covered throughout this period "Down Under", and all in a lavishly illustrated tome that is sure to delight fans of the sport, and fans motor sport in general.

MSRP:
Now: $59.95
Was:
By: Steve Reyes . There wasn't always a class c ' s for these "funny looking" cars. In the mid 1960s, many of drag racing's fastest drivers were outgrowing the Super Stock and Factory Experimental...

MSRP:
Now: $32.95
Was:
Seen frankly for the first time from an unbiased Turkish perspective, this book brings to light the gallantry involved by the opposing Turkish troops. The Gallipoli Campaign has never had a...

MSRP:
Now: $32.95
Was:
Author Steve Newman's classic account of the Gallipoli campaign shows the "Then and Now" formula used to maximum effect. Having visited the battlefiels more than once, Steve has put together a...