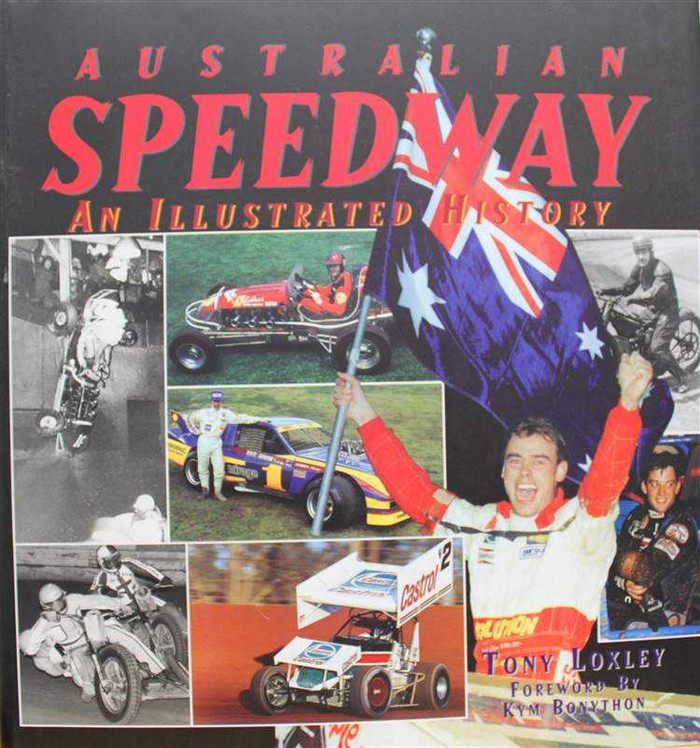 The world of oval track speedway racing in Australia has been in existence for around 100 years but up until now, no publication had ever attempted to provide a complete photographic anthology of this mesmerising sport. Nor has a publication ever been attempted which could be truly seen as the "shop window" of Australian Speedway. In Tony Loxley's Australian Speedway - An Illustrated History, for the first time in this sport's long and rich history Australia's finest motorsport photographers have provided images of many of the sport's leading riders, drivers and passengers who have:competed on Australia's dirt and paved ovals.Also included throughout the 300 glossy, large-format pages are covers of many of the track programs from just a few of the thousands of events that have been run and won throughout the last 100 years of Australian Speedway competition.

The last ever letter hand-written by the late, great Jeff Freeman only days before his death at Westmead Speedway on Mother's day, 1965, is also included .for: the first time and is a chilling reminder that this sport can be as cruel as it can be kind..

Larry Taylor, Warren Bridge,Tony Loxley and Bruce Hunt to name a few, give the reader the most complete. look at those drivers, riders and passengers who have made the sport what it is today.

Australian Speedway - An Illustrated History is a lavishly illustrated trip down speedway memory lane, and a fitting tribute to. the thousands of competitors - both from Australia and overseas - who have provided this sport's fans with an unsurpassed motorsporting spectacle. It is also a tribute to the Many photographers who at their own personal risk, have recorded some of the finest images in Australian motorsporting history, and for that, we should all he grateful that these men and women had the dedication and foresight to put their lives on the line; along with the competitors they dedicated themselves to photographing with so much enthusiasm.

MSRP:
Now: $129.95
Was:
Sales of over half a million made the MGB Britain's most successful ever sports car. And the truth is that, more that three decades after production ceased, the MGB's classic lines, affordability,...

MSRP: $89.95
Now: $69.95
Was: $89.95
Holden has been a major part of Australian motorsport history and, in this special edition hardcover 400-page release from the V8 Sleuth team, we celebrate and honour the brand’s history in racing...

MSRP:
Now: $39.95
Was:
By: Greg McNeill . Motorsport greeting cards featuring heroes of the past and present. Reproduced from original paintings by Greg McNeill. Sold in sets of four for $17.95. Envelopes included...

MSRP:
Now: $79.95
Was:
This is the limited print-run of the original 1997 publication. It is a little known fact that the tiny Australian company, Elfin, was the world’s second largest producer/manufacturer of racing...