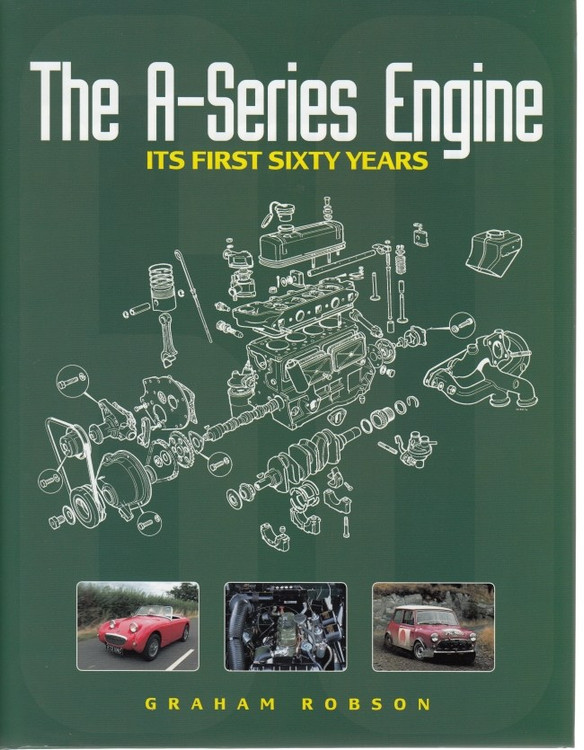 In October 1951, the launch of Austin's new small car, the A30, changed the face of the motor industry forever. Its engine — coded AS3 at the time, but soon named A-Series — became a cornerstone of the ever-developing British Motor Corporation (B MC) range and of many British Leyland cars that were to follow. It wasn't long before thousands of such engines were being built every week, and by the time the production lines fell silent in 2000 at least 14 million had been made.

The A-Series, brainchild of Austin's dynamic chairman Leonard Lord, was at the heart of what he planned for the increasingly complex BMC empire. Lord had arrived at Austin in 1938, determined to rebuild the company to his own standards: not only did he want to increase sales but also to rejuvenate the company's stodgy engineering reputation. Central to realising this dream was the design, launch and continuing development of the little A-Series engine.

Even Lord, however, cannot have foreseen for how long, and in so many ways, this engine would become pivotal — and that word is used deliberately — to the future of the corporation, for eventually more than 600,000 engines were being produced every year. Not only that, but the diminutive power unit popped up in vehicles as diverse as the Mini and the BMC tractor, the Marina, the Metro and the MG Midget. It proved to be a great sporting engine too. Cars powered by A-Series engines broke speed records in the USA, won the Monte Carlo rally, and were superbly successful at Le Mans and in European track racing.

This story features the people who made the A-Series possible, and explores the various attempts to change, improve and even replace the engine — but it took 50 years before this could be done. Will there ever be another power unit as successful in the British motor industry?

Hawkeye The Rapid and Outrageous Life of The Australian Racing Driver

MSRP:
Now: $49.95
Was:
The superlative Harrier 'jump jet remains the only V/STOL fighter to have served successfully with any of the world's air forces. Developed through numerous variants, it saw 40 years of...

MSRP:
Now: $89.95
Was:
By: Lionel Baxter . Classic car restoration can be a very expensive proposition, but much of the work required can be carried out by the DIY car enthusiast. Although such a prospect may at first...

MSRP:
Now: $69.95
Was:
With a Haynes Manual, you can do it yourself, from simple maintenance to full repairs. Every Manual is based on a complete stripdown of the bike. Our authors and technicians work out the best methods...