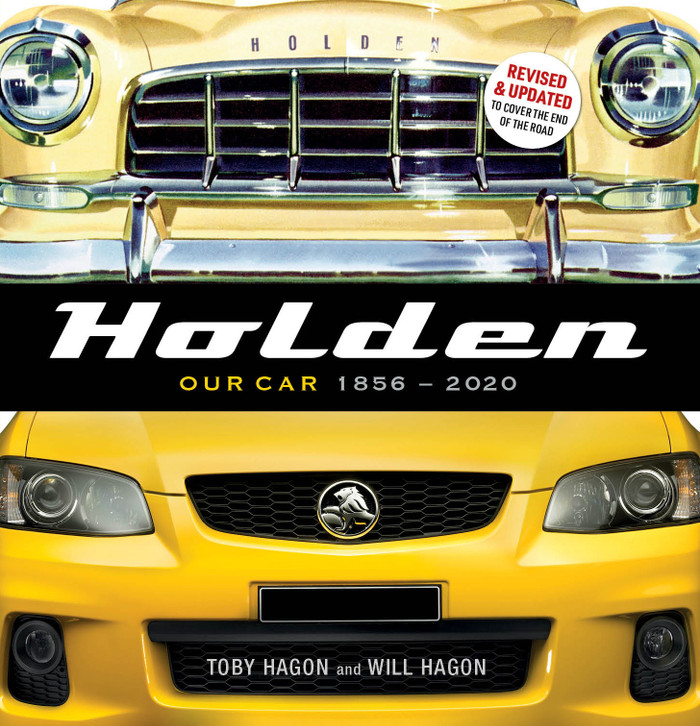 For 164 years the Holden name has helped shape Australia's culture - first as a saddlery supplying a frontier nation with leather goods for horses, then as engineers making machinery and munitions for the war effort, and finally - and most famously - as motor car designers and manufacturers, helping us to explore our country in style and comfort in Australia's own car, Holden.

Yet when Holden announced it would cease building cars in Australia after 2017, the four-wheeled heartbeat that has driven Australians for generations stopped dead. Just a few years later, after the original edition of this book, parent company General Motors pulled the plug, selling no Holdens beyond 2020.

Holden: Our Car, now revised and featuring a new final chapter, explores and explains the dramatic rise and fall of Holden's empire.

Written and researched by father and son Will and Toby Hagon, drawing on scores of interviews with Holden insiders and featuring unseen imagery as well as rare access to the Holden archives - a treasure trove of iconic artwork, advertising, photography and concept designs - this is the stunning story of Holden: Our Car.

AUTHOR INFORMATION
Will Hagon and son Toby have a combined 80 years of experience in the automotive industry. Will worked for two car companies and as a commentator, broadcaster and journalist for 55 years. Toby is a former motoring editor at Fairfax Media and has worked on various publications, including Wheels, Motor, Which Car and Auto Action.

MSRP:
Now: $57.50
Was:
By: Richard Finch . Weld like the pros! Learn to weld like a top professional with the help of this book. Thousands of automotive and aviation engineers, enthusiasts, students, racers, mechanics and...

Kings Of The Road - 50 Cars That Drove Australia (Toby Hagon)

MSRP:
Now: $69.95
Was:
By: Ewan Kennedy . The Torana is one of the most important cars in the history of Holden and Holden is very important in Australia. Famed as 'the company that is an icon', not simply a car maker,...