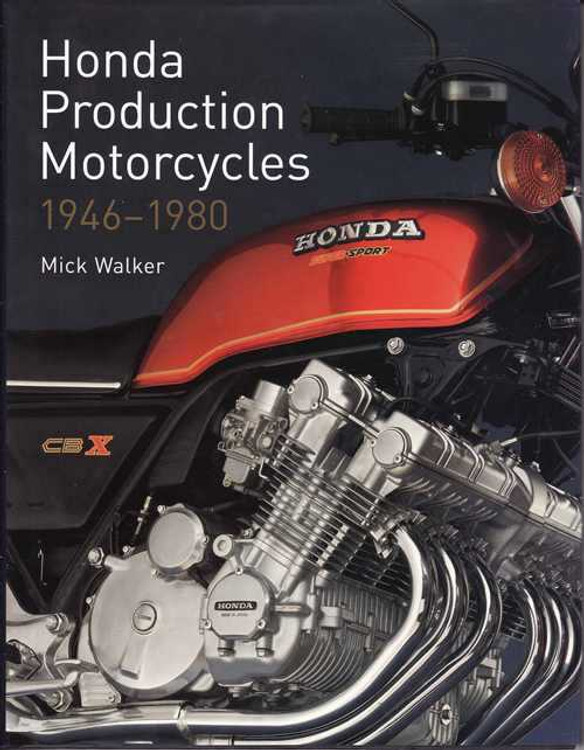 SOICHIRO HONDA was a legend in his own lifetime. And for a very good reason. He not only created the most successful motorcycle marque in history, but he did so by rewriting the motorcycle industry 'handbook'. Beginning in 1946 with an auxiliary-engined bicycle, he progressed via the A-type engine (1947) and B-type motorcycle (1948) to the D-type Dream (1949). From then on, Mr Honda's company found it difficult to get things wrong, and its early reputation was built very much on producing high-revving models with class-leading performance, a degree of technical innovation unmatched by other companies and value for money.

At first this meant small-capacity singles and twins including the Super Cub 'step-through' moped (of which over 30 million have so far been built since 1958, and it is still in production!), the CB92 125cc twin and the CB72/77 SuperSport models. But the company soon started production of successful larger bikes, including the CB450 'Black Bomber' and, of course, the world's first modern superbike, the CB750 four, which set the world alight on its launch in 1969 with astounding acceleration and a top speed of 120mph.

Into the 1970s and Honda simply continued to strengthen its grip on the industry with adventurous designs like the legendary GL1000 Gold Wing, with a liquid-cooled flat-four engine and shaft final drive, the best-selling CX500 transverse V-twin and the amazing CBX, with its dohc 1047cc across-the-frame six-cylinder engine.

Much has been written about Honda's general history and its terrific Grand Prix successes with purpose-built machines, but here Mick Walker focuses on the bikes that millions of people bought and rode - excellent machines that deserve their history. And if you have owned a pre-1980 Honda model or are thinking of buying and restoring one, this is the book for you.

MSRP:
Now: BND139.93
Was:
By: Richard Crump & Rob De Rive Box . - AUTHORISED MERCIAN MANUALS REPRINT - The Maserati is very underexposed. Perhaps with good reason? Books on the subject are few and far between, both in...

MSRP:
Now: BND83.94
Was:
By: Mick Walker . Today, Suzuki is a major player on the stages of both the two- and four-wheel motor industries. Suzuki Production Motorcycles 1952-1980 tells the story of how it built its name...

MSRP:
Now: BND83.98
Was:
By: Ian Falloon . When it comes to engineering, style, sophistication, and panache, Ducati motorcycles have never taken a backseat to any bike on the road. From the earliest Cucciolo pushrod...

MSRP:
Now: BND46.61
Was:
By: Brooklands Books . Honda achieved another 'first' in producing the RC 30 - the first real racing bike to be street legal. This is a book of road track and comparison tests, new model...

MSRP: BND27.95
Now: BND15.40
Was:
By: Peter henshaw . Description Having this book in your pocket is just like having a real marque expert by your side. Benefit from Peter Henshaw's years of experience; learn how to spot a bad...

MSRP:
Now: BND83.94
Was:
By: Phil West . GOLD WING. Two little words that together identify not just a motorcycle, but a whole sub-culture of bikers and a fabulous era of motorcycling. To many thousands of devoted fans the...