Inside the BMW Factories - Building the Ultimate Driving Machine 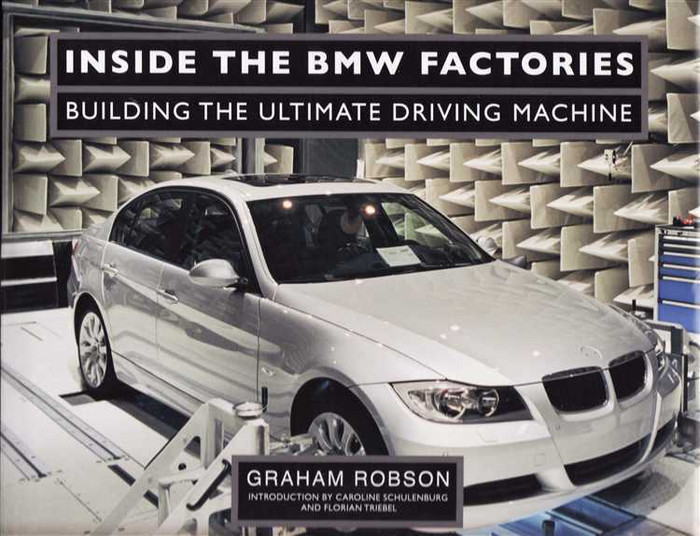 Inside the BMW Factories - Building the Ultimate Driving Machine

The roots of BMW are myriad and complex, the company being a fusion of many famous names and factories in German production engineering.The oldest link can be traced as far back as 1898 when the first Wartburg cars rolled off the production line at the Eisenach plant.This company was already then the third largest motorcar producer in Germany after Daimler and Benz who remained separate until 1926.
The familiar blue and white BMW badge originates from 1917 at the aero engine plant in Munich.That badge is based on the Bavarian State colors.

Motorcycle production got underway in 1923 at Milbertshofen and BMW's 1928 acquisition of Dixi signaled the building of British Austin Sevens under license in Eisenach.This arrangement was soon augmented by the first BMW-badged automobile, the BMW 3/15 HP, also made at the Eisenach plant.Thus from the very beginning the company was to thrive by operating from different locations.
BMW and its manufacturing facilities parallel the progress of Germany itself. Its aero engine speciality made it prosper in times of war and the book shows an appreciative Adolf Hitler visiting the BMW plants to inspect and admire the company's wartime output. Like Germany itself, BMW's outlook in 1945 was bleak indeed with wrecked factories and its key Eisenach plant annexed into the Eastern block. Despite these challenges the company rallied and began with grim determination to rebuild itself and its production facilities literally from the ground up. It set out on a trail of acquisition, buying up the plants of failed competitors like Glas, while receiving new investment from the Quandt family, in 1959, who remain major shareholders of the company to this day.

Author Graham Robson examines in detail how this disparate band of production units has combined to become the vast multi national business that BMW is today.The book takes us to the Rolls-Royce and MINI plants in England, Spartanburg in the United States, Chennai in India, the Roslyn plant in South Africa, plus assembly plants in Thailand, and China. Finally we return to Germany to examine the re-establishment of production at Eisenach following the fall of the Berlin Wall, the Dingolfing plant in Munich, the Steyr engine factory and the new state-of- the-art Leipzig facility.We also take a look at the assembly of the current World Class model range that emanates from these factories.

MSRP:
Now: $295.00
Was:
By: Philip Young . The official record of the centennial re-enactment of a great motoring milestone: the 1907 Peking to Paris race. Man and machine against the elements, driving where no car has gone...

BMW M3 The Complete History of These Ultimate Driving Machines

Building Chris-Craft - Inside The Factories

Inside the Rolls-Royce & Bentley Styling Department 1971 to 2001

Inside the Archives by Jesse Alexander

MSRP:
Now: $199.95
Was:
By: Jesse Alexander . These heretofore-unseen pictures illustrate a time that was unique. As the years have swept past I’ve come to appreciate how lucky I was to have been there to capture many...