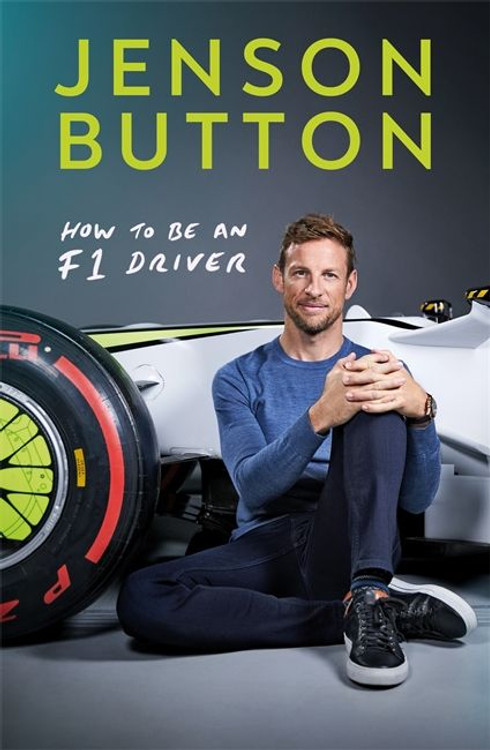 AUTHOR OF SUNDAY TIMES BESTSELLER, LIFE TO THE LIMIT

In his 17 years as a Formula 1 driver, Jenson Button has picked up a thing or two about how to do the job properly. Sure, you need to be able to drive a car fast - and Jenson is on hand to pass on a few tricks of the trade here - but you also need to know the real rules for making it to the top.

Like, how to tell a multiple F1 champion they need to check their blind-spot. What the difference is between a helmet and a hat, and indeed a 'helmet-hat'. How to practise your champagne spray ahead of the big day. Why it is never, ever, under any circumstances a good idea to buy a yacht. And how to face down your team when you've just stacked their multi-million-pound car into a wall during practice.

But 'JB' (nicknames in F1 run the full range from initials to, well, just using first names) doesn't stop there. HTBAF1D (catchy) lifts the lid on the people, the places, the weird rituals, the motorhomes, the media, the cars, the perks and the disasters. Join Jenson as he reveals how not to race a stupid big truck, why driving Le Mans is like having five shots of tequila before lunch, and what to do when you finally hang up your helmet-hat.

MORE ABOUT JENSON BUTTON
Born in Frome, Somerset, British Racing driver Jenson Button has been in Formula 1 for seventeen years, appearing in 308 grand prix, the second most in history. He won the 2009 Formula One World Championship, driving for Brawn GP. Outside of racing, he set up the Jenson Button Trust for his fundraising activities which includes the Jenson Button Triathlon which has raised money for Help For Heroes, Cancer Research and now Barnardo's.

The Mechanic -The Secret World of the F1 Pitlane (Marc Elvis Priestley, paperback)

Peter Brock How Good Is This! (Paperback)

MSRP:
Now: $44.95
Was:
Apollo 17 was the last of six Moon landings carrying astronauts to different places on the lunar surface. The last three flights were greatly extended in duration, providing opportunity...

MSRP:
Now: $159.95
Was:
The World Championship story race-by-race: 1950–2015 By Roger Smith Foreword by David Croft This remarkable book is the third edition of an acclaimed work of reference about Formula 1. It...

MSRP:
Now: $159.95
Was:
The Concours d’Elegance market within the historic car world is one of the most vibrant and growing sectors. From its grass roots as a competitive element in most classic car club shows...