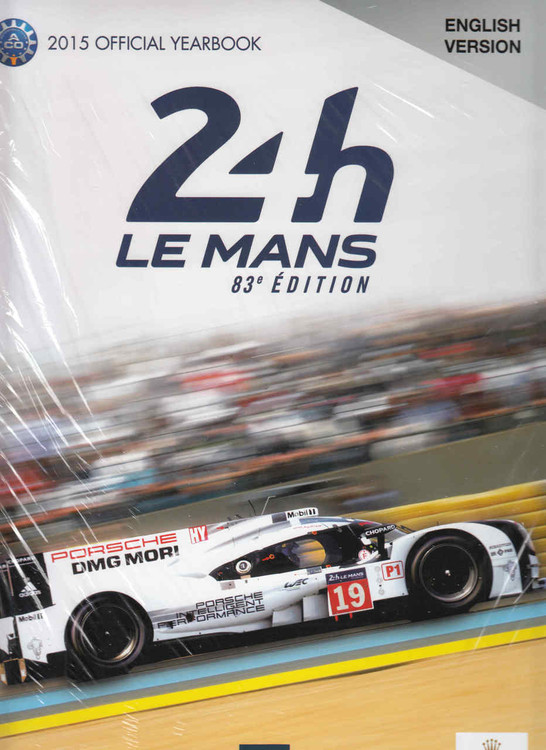 In more ways than one the 83rd Le Mans 24 Hours left its mark on the legend of the race. First of all. Porsche scored its 17th victory in an event in which it already held the record for the number of outright wins. And secondly, a new outright lap record, all circuits combined, was set by the no.7 Audi.

Porsche's success was achieved with a 919 Hybrid in which a grand prix driver making his Le Mans debut led the victorious trio. Then in Grand Touring, Corvette added another win to its tally in the LM GTE Pro category: it was the first for the C7.R, which followed in the footsteps of its glorious predecessors, the C5-R and the C6.R. In the other categories, Oreca finally added its name to the roll call of LM P2 winners thanks to the KCMG team from Hong Kong, in other words the People's Republic of China for which it was also a premier.

In LM GTE Am a Russian team was on the topmost step of the podium, another first, in front of Patrick Dempsey's Porsche. The American has helped the Le Mans 24 Hours to acquire another dimension among an international audience who, up till now, didn't perhaps pay all that much attention to the Sarthe classic. Finally, this year's event is the best possible launch pad for the 2016 Le Mans 24 Hours in which Audi and Toyota, beaten this year, will have but a single aim, revenge, while Corvette will have to cope with the return of a prestigious rival - Ford!

World-renowned, the race of Le Mans 24 Hours draws competitors from France of course, but also throughout Europe, the USA, Japan, but also Venezuela, China, Brazil. That's why the test is the cornerstone of the new World Endurance Championship FIA.

Since 1978, the annual 24 Hours of Le Mans, through the same editorial team, proposes to revive by the text but especially by the image but also the race preparations and fever that grips Prefecture Sarthe throughout the week prior to departure. All cars and drivers are presented. Preliminary tests at the explosion of joy after the checkered flag through the weighing, the parade of drivers and especially the highlights of each hour, nothing is missing.

For the more passionate, a technical chapter with tables and statistics finishes complete the set. And making use of recognized photographers, the atmosphere that continues to evolve between late afternoon, night and sunrise in a different setting from that of a traditional circuit is fully restored.

Since 2012, the Automobile Club de l'Ouest (ACO) entrusts its annual edition dedicated to the 24 Hours of Le Mans ETAI first French editor Fine Books on the theme of transport.

MSRP:
Now: $149.95
Was:
Authors: Jean-Marc Teissedre, Hardbound, English Edition, Since 1978, the annual 24 Hours of Le Mans, through the same editorial team, proposes to revive the text but especially the image of the...

MSRP:
Now: $149.95
Was:
Authors: Jean-Marc Teissedre, Hardbound, English Edition, The official yearbook of the ACO on the 2019 Le Mans 24 Hours. This traditional annual covers each and every detail of the 2019 Le Mans...

MSRP:
Now: $89.95
Was:
By: Christopher Hilton . 'Some dates have a temporal importance in human affairs, some linger for a while and time itself supercedes them with other events, some are forever. Le Mans, as the clocks...

MSRP:
Now: $129.95
Was:
Authors: Jean-Marc Teissedre, Alain Bienvenu, Christian Moity, Hardbound, English Edition, The 2017 Le Mans 24 Hours was one of the most unpredictable in the history of the event. With the LMP1...