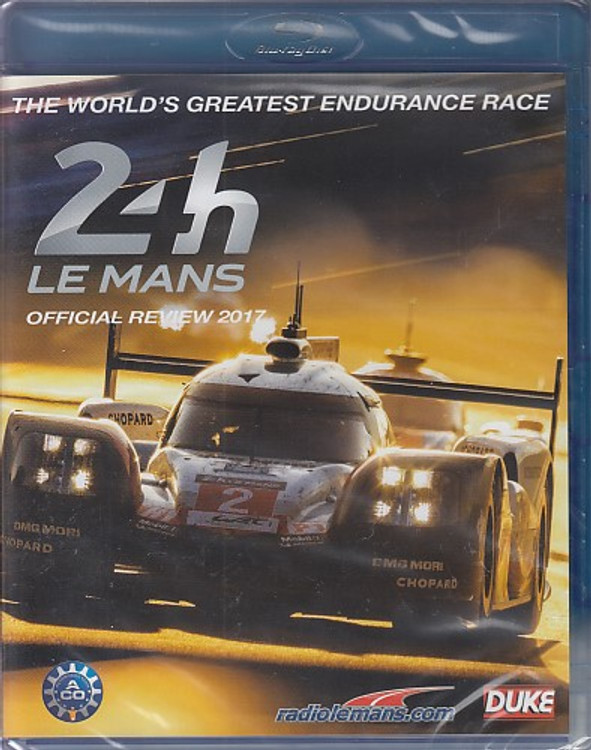 The 2017 edition of the 24 Hours of Le Mans saw thrilling action from the moment Chase Carey waved the flag to get the race underway.

The prestigious LMP1 class dominated the headlines with a stunning battle between polesitters Toyota and perennial favourites Porsche.

However, for the 250,000 trackside fans the real entertainment was going on down the field in the GTE Pro race.

In an incredible three-way, race-long struggle Aston Martin, Ford and Chevrolet ended up being separated by just seconds after a full 24 hours of tough but fair competition.

As ever with Le Mans, the biggest enemy wasn’t the opposing drivers but simply attrition as the highly tuned cars operated at the sharp edge continuously for a full day and night.

With cameras all around the course, and right in the pit lanes the official review will show you the most exciting action from the track and all the drama when crews had to rush to fix damage.

With the highly informative and occasionally hilarious Radio Le Mans commentary team on hand to put everything into context, this is the next best thing to being there.

Bonus features include a stunning on board lap with Toyota #7 driver Kamui Kobayashi, where he recorded the fastest ever lap at Le Mans and a slow motion compilation showing off the machines in all their mechanical glory!

MSRP:
Now: $129.95
Was:
Authors: Jean-Marc Teissedre, Alain Bienvenu, Christian Moity, Hardbound, English Edition, The 2017 Le Mans 24 Hours was one of the most unpredictable in the history of the event. With the LMP1...

MSRP:
Now: $89.95
Was:
By: Christopher Hilton . 'Some dates have a temporal importance in human affairs, some linger for a while and time itself supercedes them with other events, some are forever. Le Mans, as the clocks...