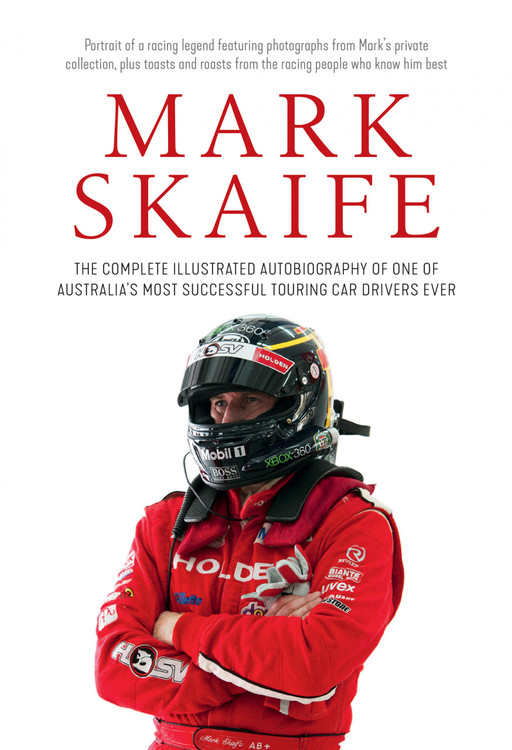 Mark Skaife - The Complete Illustrated Autobiography of One of Australia's Most Successful Touring Car Drivers Ever by Mark Skaife,

When it comes to masters of motorsport, Mark Skaife is without peer. The stats ordain him the most brilliant touring car racer in Australian motorsport history: his six Bathurst victories and five touring car championships place him in the rarefied company of Peter Brock.

For more than three decades, across the Holden Racing Team’s golden era, Skaife was the chosen one. Imposing, sometimes polarising and always revered, his legend is immeasurable and he remains a pillar of Australian motorsport today as a media ambassador and presenter.

This unique and intimate illustrated autobiography recounts the thrills, heartbreaks and epic feats of an unparalleled racing career, on the track and behind the scenes. Featuring photos from his personal collection, a narrative as exciting as a Bathurst bend, and fascinating insights from those who know him best, Mark Skaife is the definitive account of the man behind the helmet.

Mark Skaife graduated from karts to racing cars in 1984 when he was just 17, and it was already clear that motorsport had a unique new talent. Mark went on to dominate Australian touring car racing for the next 30 years as an asset to the Holden Racing Team, winning five touring car championships, six Bathursts, and even surpassing Peter Brock’s record of 37 championship round victories.

Since officially retiring from racing in 2008, Mark has continued to devote himself to the sport – both behind the scenes and as a presenter. His decades of service were recognised with induction to the Australian Motor Sport Hall of Fame in 2017. Mark lives with his wife Toni in Melbourne.

Mark Skaife - Diary Of A Champion

MSRP: $99.95
Now: $89.95
Was: $99.95
FOR the first time, Australian motorsport legend Glenn Seton opens up about his Hall of Fame career in a brand new book: ‘Seto: The Official Racing History of Glenn Seton’. Seton looks...

MSRP: $89.95
Now: $69.95
Was: $89.95
Holden has been a major part of Australian motorsport history and, in this special edition hardcover 400-page release from the V8 Sleuth team, we celebrate and honour the brand’s history in...

MSRP:
Now: $39.95
Was:
Hardcover book, Published in 2020, 380 pages Holden captures the essence of these three great cars - their muscle, their romance and their engineering - as well as their glory days at...

MSRP:
Now: $67.50
Was:
Learn how to get the most horsepower out of the tried-and-true small-block Chevy platform in this all-new full-color guide. All the major components are covered. In addition, this book contains a...