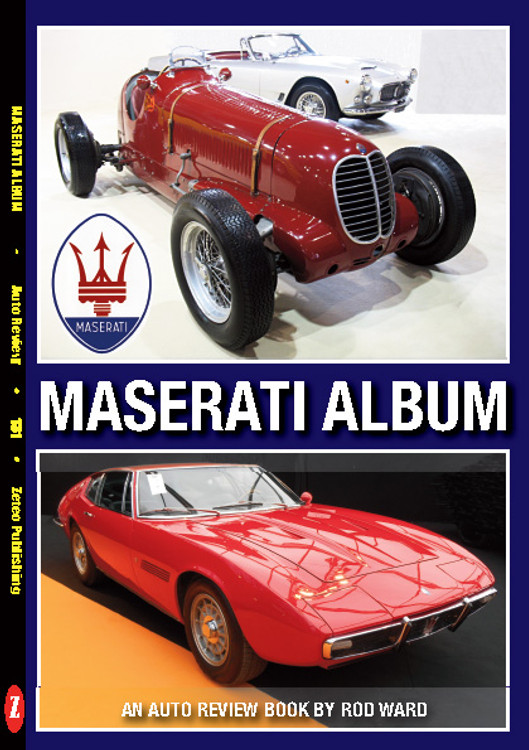 The Maserati brothers, Alfieri, Bindo, Carlo, Ettore and Ernesto set up their own car marque in Bologna in 1926. A sixth brother, Mario, designed their trident emblem.

They built highly successful racing cars, but in 1937 they sold out to the Orsi family, who moved the firm to Modena in 1940. Maserati built racing and sports cars after the Second World War. but the three surviving Maserati brothers left in 1947 after a ten-year service contract with Orsi expired, and they set up OSCA to make competition cars. Maserati race successes continued until the firm retired from racing after the 1957 Mille Miglia tragedy, to concentrate on roadgoing sports cars, including the legendary 3500GT.

Although much admired, the sports cars did not produce sufficient profits and in 1967 60% of Maserati was sold to Citroën, who took full control in 1971.

New Maserati sports cars gained production methods and technology from Citroën. In return Citroën used Maserati engines and componentry in the SM and other cars. Maseratis from this period include the Bora, Merak, Khamsin and the Quattroporte II.

The 1970s oil crisis hit Maserati hard; when Peugeot took over Citroën they put Maserati into administration, but it was subsidised by emergency Italian government funding until it was taken over in 1975 by Alejandro de Tomaso. In 1993 Maserati was sold to Fiat, who placed Maserati under the control of their Ferrari subsidiary.

Maserati All the Cars

MSRP:
Now: $199.95
Was:
By: Brooklands Books . Collector's edition limited to 500 copies, articles are drawn from leading motoring journals covering Maserati production between the years 1957 to 1998. Models reported on...

MSRP:
Now: $49.95
Was:
By: Brooklands Books . In the year that Maserati won the Formula 1 World Championship they began to focus on low-volume production of high-performance road cars. All the early cars had the 3.5L...