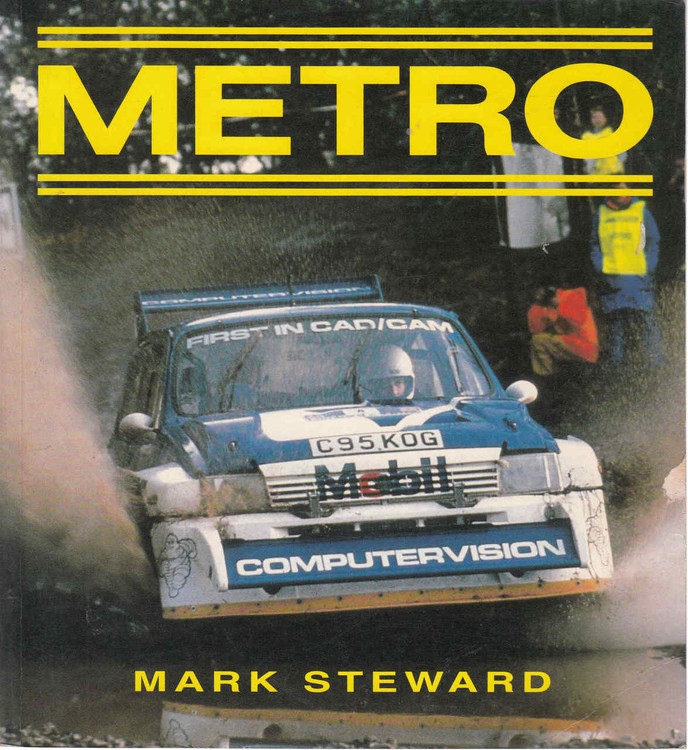 Being born and bred within sight of the mighty Austin factory and having a strong engineering interest, it was almost inevitable that 1 should seek my fortune at Austin, the birthplace of many British thoroughbreds.

In the late 1950s I joined the engineering ranks, under the legendary lssigonis, during the latter years of Mini development. By the early I 970s I was Project Manager for small cars with the daunting brief of leading a team to develop a new small car.

It is impossible to name all those whogave their all for the Metro, but one worthy of mention is Charles Griffin, the Technical Director in the formative years. It was his energy and vision that contributed more than any to the concept of the Metro. Charles's house played host to many midnight work sessions of gin and tonic and bacon-butties.

Metro has had a wonderful 10 years and contributed much to the resurgence of the Rover Group and it will continue to do so for many years in the guise of the new Metro. Metro was very much part of my life and I still feel that some of my A Rhesus Negative flows through the brake and fuel lines; so it is with deep feeling that I wish Mark every success with this excellent commemorative publication.

It is a great honour to be asked to write a foreword for a book, even more so, when the work is the story of a very special motor car. I made my first acquaintance with the MG Metro 1300 at Brands Hatch in the early eighties racing in a Metro Challenge celebrity car. From that moment on I gained respect for the brilliant little car in all its varied guises and I was lucky enough to drive them competitively in the following years.

Many of today's top saloon car drivers were weaned on the Metro. A mixture of great on-the-limit handling and close racing is a sure-fire way to sort the men from the boys—the Metro Challenge race series did just that.

However, during my 15 years as a professional driver the one car that takes pride of place in my career was the might Metro 6R4. Not just because I lived with it from the cradle to the grave, it was a true 'Supercar'—vibrant, noisy, aggressive, outrageous—a demander of respect. Above all, it was the last car of an era, the last British Rally Car, missed by every red-blooded British Rally supporter.

Thanks, Metro, for making eight years of my life very memorable.

Mark Skaife - Diary Of A Champion

MSRP:
Now: $18.50
Was:
By: Terry Horler . MG Buyer's Guide Description Don't buy an MG Midget or an Austin-Healey Sprite without buying this book FIRST! Having this book in your pocket is just like having a real marque...

Merchants Of Speed - The Men Who built America's Performance Industry

MSRP:
Now: $189.99
Was:
By: Paul D Smith . The essence of hot rodding has always been to make something that was designed and engineered in Detroit look better and, more importantly, go faster. At the epicenter of hot...

MSRP:
Now: $66.95
Was:
By: Haynes . The purpose of this service manual is to help you get the best value from Ford Festiva or Mazda 121 FWD. It can do so in several ways. It can help you decide what work must be done, even...

MSRP:
Now: $54.95
Was:
The German Panther is arguably the finest medium tank of the Second World War and one of the greatest ever built. Combining unmatched firepower, armour protection and mobility it was the primary...