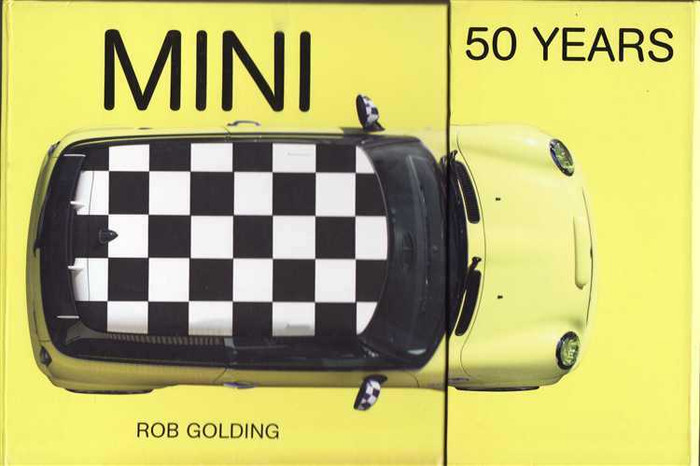 Its not the size that matters, Austin Powers tells his son as they look over the MINI, "but how you use it." And the diminutive MINI has made it big-from the first.

This book tells the full story of the iconic car from its initial launch in the late 1950s through its current super-hip BMW-built incarnation-right up to the revised version set for release in 2006.

The threads that tie together the original MINI and todays are numerous and fascinating-almost as interesting as the differences that set the two cars apart-and MINI 50 Years follows them all.

From the swingin 60s darling-immortalized in the original The Italian Job in 1961 and again in the 2003 remake-to the racing champ to the twenty-first-century hipster transport, author and mini expert Rob Golding treats readers to every thrill that marks the MINI.

The Mini - Celebrating 50 Years Of a Modern Motoring Icon

MSRP:
Now: $99.95
Was:
By: Brian Laban . The most innovative, fun-filled and spectacularly successful British car ever built. the Mini has come to be regarded as far more than just an automobile. This book is a celebration...

MSRP:
Now: $66.95
Was:
By: Paul Hardiman . This all-colour practical book provides expert advice on how to breathe new life into a used and perhaps tired example of the Rover Mini, a timeless classic. From preventative...

MSRP:
Now: $99.95
Was:
By: Graham Robson . Alec Issigonis's Mini was unique. Not only was it the first British car to combine front- wheel drive, a transversely mounted engine, a tiny package and phenomenal handling, but...

MSRP:
Now: $66.95
Was:
Complete coverage for your MINI Petrol and Diesel (Nov 06 - 13) 56 to 13 Every manual is written from hands-on experience gained from stripping down and rebuilding each vehicle in the...