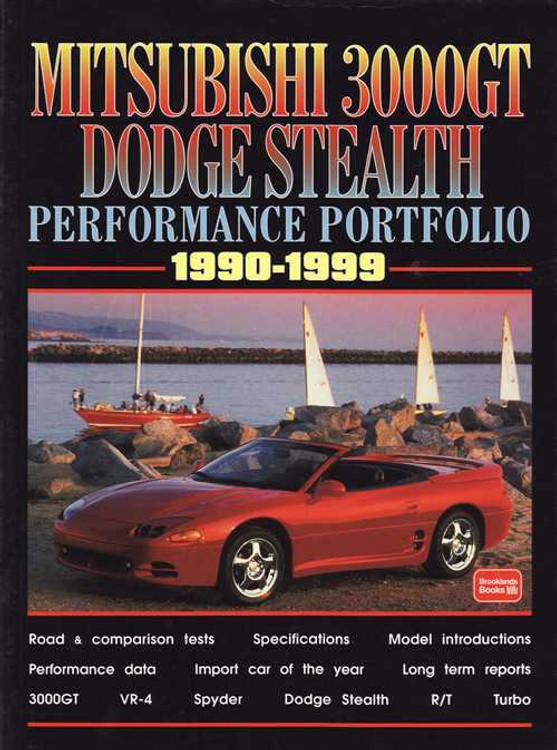 The Chrysler Corporation had started using Mitsubishi engines many years earlier. It was a great success and the alliance continued when the Mitsubishi 3000GT appeared wearing Dodge badges and the name of Stealth.

By this stage Mitsubishi had demonstrated that it was fully capable of competing alongside the longer-established super-coupe builders and the sleek 3000GT boasted 0-60mph in under six seconds straight out of the box.

This is a book of contemporary road and comparison tests, technical and specification data, new model introductions, driver's impressions.

MSRP:
Now: $79.95
Was:
By: Brooklands Books . The two-seater Viper was designed as a "back-to-basics" model to evoke the excitement of cars like the Cobra. It is no retro-car; it incorporates all the technological...

MSRP:
Now: $49.95
Was:
By: Brooklands Books . In the early 1980s the Starion and Conquest was announced as a new model by Mitsubishi and shortly after this the Mitsubishi Starion turned up in the USA as a 1984 model...

MSRP:
Now: $59.95
Was:
By: Brooklands Books . This successor to the CJ Jeeps took into account that these vehicles were going to be used as every day transport rather than a utility vehicle. Nevertheless, the Wrangler...

MSRP:
Now: $89.95
Was:
By: Keith Buglewicz . The Mitsubishi Eclipse, Eagle Talon and Plymouth Laser—collectively known as Diamond Stars—were the high-performance bargains of the 1990s. Their turbocharged...

MSRP:
Now: $66.95
Was:
By: Lindsay Porter . MINI Restoration Manual covers: Covers the restoration of most bodywork and mechanical components of all Minis from 1959 to 2000 including Mini Cooper, information on interior...