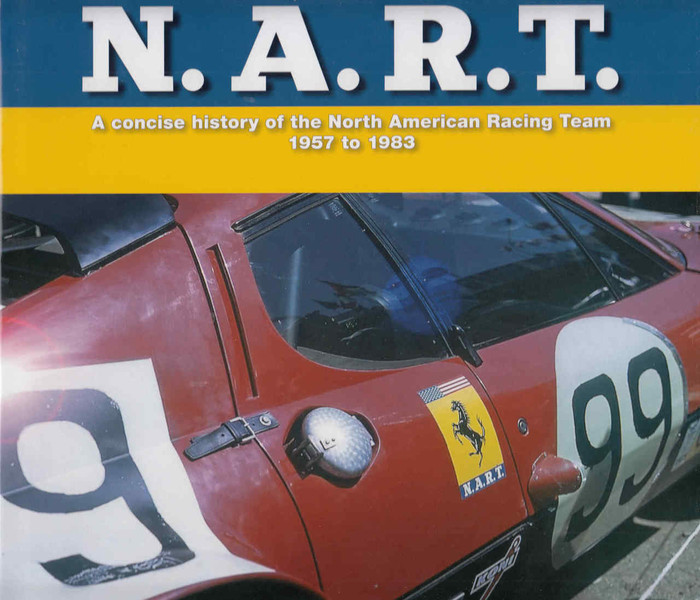 A concise history of the North American Racing Team

Starting out ini the second half of the 1950s, NART existed  for three decades, during which it experienced successes on the tracks of America and Europe. It also suffered financial difficulties, and argumenls with track organisers.

This book explains what NART was, how it was formed, and what it achieved over three decades of competition. It wasn't just sports cars that were entered in racing, NART competed with Formula One cars and  Formula Junior cars as well.

Whilst NART's owner, Luigi Chinetti, was never as finacially stable as his rival team owners, he able to make deals deals with Ferrari that enabled him to purchase the latest specification sports  cars at the end of a season, in order to attract the best drivers for NART. It was also an opportunity to lease the cars on a race-by-race basis, an arrangement that appealed to some of Chinetti's clientele.

Whilst success on the track was significant, problems were never far away. Working on the cars with a limited number of staff, and not receiving spares from Ferrari on time, NART always appeared to be in a state of crisis.

No matter ... despite the difficulties, the formula worked well for Luigi Chinetti, and the acronym NART has rightly become legendary.

* Describes Luigi Chinetti's achievements prior to the of NART

* An Insight int how NART Functioned

* Why and and how NART was involved in Formula One

*The fall-out with the Le Mans organisers and subsequent consequences

* The question of who drove the NART car to victory at Le Mans?

* Reveals the payments made to drivers for their services

* Includes details of NART entries for races in America and Europe

MSRP:
Now: $50.00
Was:
By: Andrew Quested . The exhilarating roar of precision machines, rivals contesting on the track, egos clashing behind the scenes, ambition, passion, dreams — it's all here, told for the first...

The Concise Dictionary of Motorsport

Napier - The First to wear the green (Signed by Author)

Mythical Formula One 1966 to Present

MSRP: $99.99
Now: $29.95
Was: $55.00
By: SCH Davis . S C H Davis, known to friends and fans as Sammy, is one of the most popular and enduring figures in the history of British motorsport, universally remembered for his heroic, glorious...

My Philosophy Of Industry (Henry Ford)

My Life On Wheels