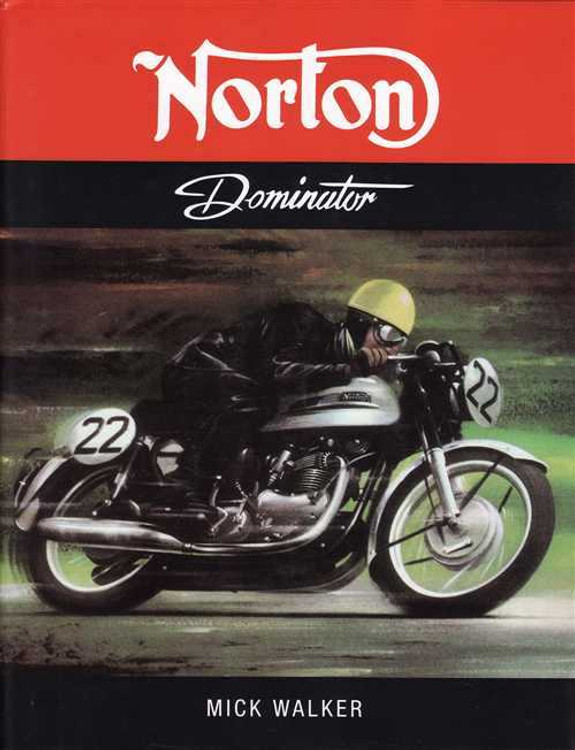 The Norton Dominator — often referred to by its owners as the Dommie — was Norton's first parallel twin. Conceived as an answer to Triumph's legendary Speed Twin, which had proved the popularity of the type, the Norton engine was designed by Bert Hopwood, who had previously worked on multi-cylinder engines for Triumph and Ariel. The new bike made its debut late in 1948. What made it really stand out were interesting features such as widely splayed exhaust ports and a suitability for tuning that gave it great future development potential. Later, when equipped with the renowned, race-developed Featherbed frame and Featherbed telescopic forks, it became a sporting icon.

Within the pages of this book are all the well-known models, including the 77, 88, 99, 650 and Atlas, plus the Jubilee, Navigator and Electra. Each is examined in detail and illustrated with archive photographs.

Besides the detailed development history of the series-production road-going models, there are many other interesting facets of the Dominator story, including the works Domiracer (the first pushrod-engined motorcycle to lap the Isle of Man TT Mountain circuit at 100mph); victories in the famous Thruxton endurance races; the Dunstall connection and the gruelling International Six Days' Trial.

Mick Walker also takes readers behind the scenes to reveal the infighting, both inside and outside the boardroom, which took place within the Norton empire over the years. This book is a fitting tribute to a fine British bike, and no enthusiast of Nortons, or of British bikes in general, will want to be without it.

Mick Walker The Ride of My Life

MSRP:
Now: $89.95
Was:
By: Matthew Vale . Description The Commando was the main bike in Norton's range from 1968, and was produced until the demise of Norton Villiers Triumph in 1977. The bike featured the unique...

MSRP:
Now: $79.95
Was:
By: Roy Bacon . 'The unapproachable Norton, the world's best roadholder' There can be no question as to the status of the Manx Norton. It is the world's firm favourite for the accolade of ' the...

MSRP:
Now: $139.95
Was:
By: Mick Walker . For the past 100 years the name Norton has been closely linked to the history of the racing motorcycle — and many of the sport's greatest riders. James I . 'Pa' Norton...