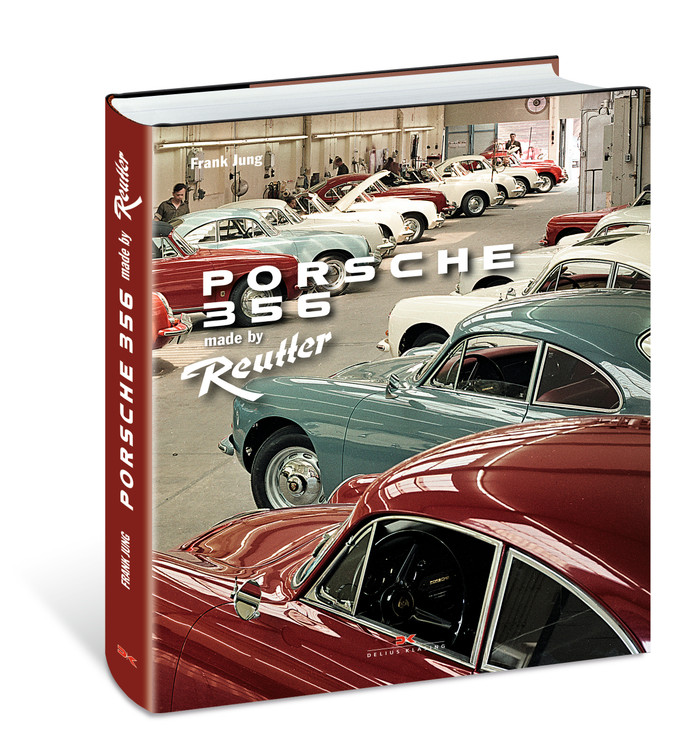 Together the companies Reutter and Porsche made automobile history. Author Frank Jung, Albert Reutter's great-grandson, embarked on detailed research on this subject. Through personal contact with former staff and contemporary witnesses he discovered unique pictures and texts that were used largely for this book- On the basis of historical photos and previously unpublished documents, the models and events are presented chronologically until 1964: starting in the 1930s with the cooperative work on Volkswagen predecessors and prototypes, the focus is on the companies' cooperation and the development of their factory buildings, as well as on the production of the Porsche 356 bodywork since 1949- Descriptions of the work on prototypes and special vehicles complete this comprehensive monographThe long and successful cooperation between Porsche and the Stuttgarter Karosseriewerk Reutter & Co. GmbH was, right from its beginning, more than just a marriage of convenience. It was based on mutual sympathy of two unique companies within the automotive industry. In 1931 the Reutter coachwork company, founded in 1906, started building prototypes of what would later be known as Volkswagen on behalf of the Porsche engineering office. In 1949 Porsche gave the order to Reutter to produce 500 bodies for the Porsche sports car, and around Easter time 1950 the first Porsche 356 ever to be constructed in Germany was finished in Reutter's factory I. Porsche bought ground from Reutter within the plot of its factory II in order to build a new construction site for manufacturing motors. At the same time Reutter moved the complete bodywork to factory II in Zuffenhausen and from that moment most of the legendary Porsche 356 were manufactured in intensive cooperation and side by side. Besides those vehicles made by hand in serial-production Porsche 356 presents many prototypes and special cars made for Porsche up to the point of collective evolution of the later called Porsche type 911. The book's focus is on the description of the development of a Porsche 356-body, colorfully illustrated and detailed as never before. Much of the material used was taken from the Reutter-family archive. Previously unpublished documents and pictures were found in several institutional and private archives, especially the archive of Porsche itself.

MSRP:
Now: $80.00
Was:
By: 356 Registry . This book is a compilation of technical and restoration articles, columns and tips that originally appeared in the 356 Registry magazine during its first twenty years of...

MSRP:
Now: $295.00
Was:
By: Brian Long . 2nd hand book in very good condition. The 356 was the first Porsche model. The coupes and spyders were a great success throughout the world and continued to be so throughout the...

MSRP:
Now: $350.00
Was:
By: Brett Johnson . **VERY RARE BOOK IN EXCELLENT CONDITION** Description The 356 was the first car to bear the name of the brilliant German automotive designer, Dr. Ferdinand Porsche. From 1948...

The Book of the Porsche 356

MSRP:
Now: $120.00
Was:
GERMAN TEXT Together the companies Reutter and Porsche made automobile history. Author Frank Jung, Albert Reutter's great-grandson, embarked on detailed research on this subject. Through personal...

MSRP:
Now: $120.00
Was:
A book on the 101 most remarkable, rare and exciting automobiles in India. Within the covers of this book unfolds a journey of discovery of the most unusual, the best preserved and the most...

MSRP:
Now: $380.00
Was:
THE FIRST TEN YEARS MERCEDES-AMG CUSTOMER RACING. THE STORY OF HOW IT ALL STARTED IN FASCINATING FEATURES ON 440 PAGES, FULL OF ABSOLUTELY DESERVED PRIDE.   The book Extraordinary...

MSRP:
Now: $29.00
Was:
Racer and broadcaster Neil Crompton has had the best seat in the house for the last 40 years of Australian motorsport, an amazing lifetime upgrade to a first-hand, front row seat to see the biggest...

MSRP:
Now: $79.90
Was:
Relive Oldsmobile's most potent muscle car offerings when the simple letter W intimidated all takers. Oldsmobile's foray into the developing muscle car wars of the 1960s came as little surprise to...