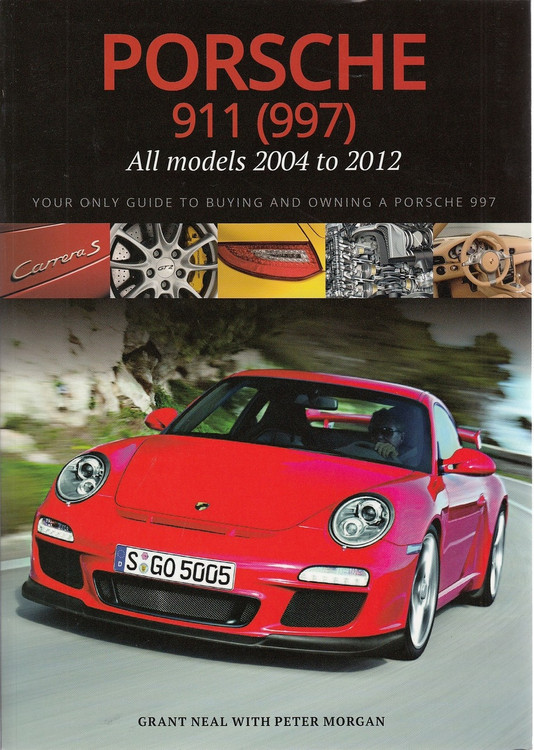 The Porsche 911 is an automotive legend, a super successful automotive icon that has been in production for 50 years, won in every major motorsport discipline and yet on the street has retained breathtaking appeal as a practical and involving, high performance sports car. Success in both competition and in the showroom has gone hand in hand for the 911, improving a reputation for reliability and robustness without losing any of the raw appeal of the original. And with the 997, the 911 story reached a new peak.

At launch in late 2004, just two 997 models were available - the Carrera with 325hp (238kW) or the 355hp (260kW) Carrera S. Nevertheless, in typically Porsche style the range expanded quickly to include cabriolets, wide-body four-wheel drive models, awesome turbocharged grand tourers and race-bred GT3s. In the completely revised Generation 2 models from the start of the 2009 model year, the 997 set the standard in modern high performance sports car design.

This all-new book is a one-stop reference for all the production 997s built between 2004 and 2012, describing the design differences, year by year changes, vehicle identification data, performance, colours and options. Using colour photography throughout, we offer detailed buying and ownership tips and how to get the best from your 997.

MSRP:
Now: $495.00
Was:
ISBN: 9780760345955, Author: Randy Leffingwell Special edition limited to 600 copies. A special presentation box and exclusive gallery of frameable art prints make this the perfect book for the...

MSRP:
Now: $69.95
Was:
By: Grant Neal . The Porsche 911 may have been in production for over 40 years, but the modern water- cooled generation shares little more than a philosophy with the first examples. Known worldwide...

MSRP:
Now: $449.95
Was:
This color Bentley Manual is a comprehensive source of service information and specifications for Porsche 911 (Type 996) Coupe, Targa and Convertible models from 1999 to 2005. The aim throughout this...