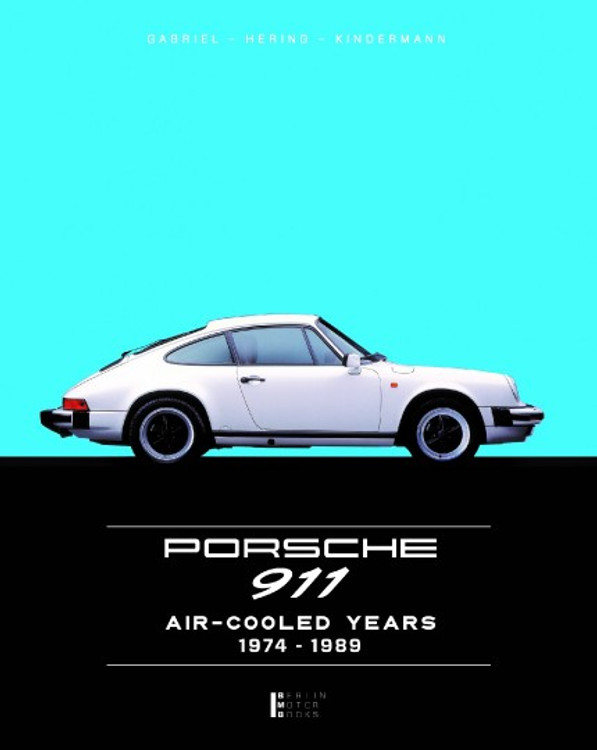 After the great success of his Porsche 911 Turbo book entitled “Aircooled years 1975-1998”, Andreas Gabriel has in recent years exhaustively investigated the Classic 911 G model. This Porsche 911 became a real evergreen and kept its place in the model range for all of sixteen years. A feat not achieved by any subsequent generation of the ‘Eleven. The G model has always been – and still remains – one of the most popular classic Porsches, combining as it does sophisticated and reliable technology with unbeatable driving pleasure. Andreas Gabriel had the opportunity to talk to the developers of this air-cooled classic and even met the man who campaigned to crucial effect for the survival of the ‘Eleven at the end of 1970s, when it was due to be replaced by the Porsche 928. The book “Porsche 911 Aircooled Years 1974 – 1989” presents every single model from this series. In addition to detailed purchase advice and price trends in recent years, it deals exhaustively with all six limited editions, some of which are completely unknown even to connoisseurs. For this book project, Porsche once again provided access to its historical archive, which is why the reader can now see, among other things, previously unpublished photographs of Helmuth Bott taken during the testing phase of the G model in Algeria. Internationally recognised Porsche expert Tobias Kindermann has also compiled an exclusive technology and statistical section for all Porsche 911 models from model years 1974 – 1989.

MSRP:
Now: US$139.61
Was:
By: Glen Smale . The Porsche 911 is one of the two most recognised sports cars on this planet. The stuff of dreams for many, the iconic 911 has a devoted band of fervent followers, whether owners or...

MSRP:
Now: US$345.61
Was:
ISBN: 9780760345955, Author: Randy Leffingwell Special edition limited to 600 copies. A special presentation box and exclusive gallery of frameable art prints make this the perfect book for the...

MSRP:
Now: US$345.61
Was:
ISBN: 9780760345955, Author: Randy Leffingwell Special edition limited to 600 copies. A special presentation box and exclusive gallery of frameable art prints make this the perfect book for the...