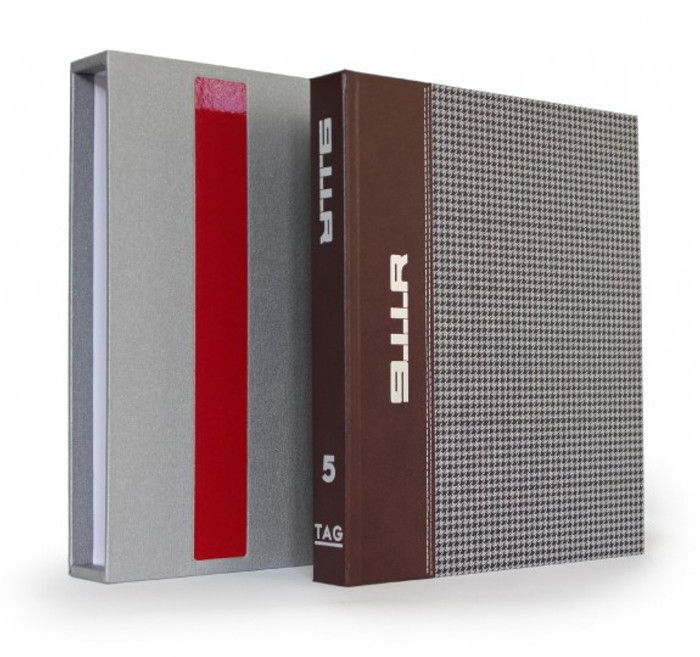 Starting end of November 2017, the book will be available in two editions:

The editions are numbered — the German version from 1 to 991, the English version from 1 to 1500. The book covers the early 911R of 1967 of which only 20 cars plus 4 prototypes had been manufactured as well as the new 911R from 2016, that had been sold out on the day it was launched on the exhibition in Geneva. The authors Christoph Mäder, Georg Konradsheim and Thomas Gruber spent one and a half years researching, writing and layouting this book. It comprises:

The book „911 R“ lets the reader feel as if he had visited the construction offices in Weissach. Over 15 Porsche engineers have been interviewed for this book.

The 911R is the father of all motorsport derivatives of Porsche's 911 model. The story of the R is connected to Huschke von Hanstein, Ferdinand Piech as well as Vic Elford. Originally, it hadn't been planned by Porsche to use the 911 as a flagship model for motorsports. The book is made up of two parts: the 911R with 210 hp of 1967 as well as the model from 2016 with 500 hp.

The development of the 911R during the 1960s, the efforts of the works team with the plastic 911, the engines that were used with the car (including the quad-cam type 916) and the world records that the car had set up in Monza are described. The second half of the book covers the 911R model year 2016 and dives into the story of how it came about, tells the story of how the R was derived from the GT3 and GT3RS and all available options. The technical development was given room with separate chapters for body, drivetrain, suspension and aerodynamics. A special feature is the list of all 991 units built with their respective color, wheels, interior and country specific equipment.

Specal 3D-illustrations were created exclusively for this book. They were printed on acetate foils to grant the reader an x-ray view of the packaging of the modern 911R. The design of the cover pays tribute to the car itself by resembling the interior with the brown/houndstooth combination. The book is protected by a silver slipcase which features the two stripes that are so characteristic for this car. The English version is graced by red stripes, the German version carries green stripes.

MSRP:
Now: $89.95
Was:
By: Colin Pitt . The Porsche 911 RS Carrera and RSR Carrera appeared repeatedly in motorsport during the 1970's. This book looks at their development and includes their complete racing record...

MSRP:
Now: $295.00
Was:
Porsche 904 - a road race car with a cult following Everything about the genesis and success story of the Carrera GTS, a coveted rarity among Porsche fans A monograph on a masterpiece of Porsche...

MSRP:
Now: $295.00
Was:
By: Peter Morgan . This is the compelling story of the Porsche 917, acclaimed as the greatest racing car of all time in an expert poll conducted by Motor Sport magazine in 1997. Fuelled by bitter...

MSRP:
Now: $89.95
Was:
By: Michael Scarlett . There can be few better candidates for the Haynes Great Cars Series than the Porsche 911, widely celebrated as the world's favourite supercar. Michael Scarlett's...

MSRP:
Now: $89.95
Was:
By: Colin Pitt . The Porsche 911 RS Carrera and RSR Carrera appeared repeatedly in motorsport during the 1970's. This book looks at their development and includes their complete racing record...

MSRP:
Now: $195.00
Was:
Forty years in the history of the Porsche 917-021 described by an enthralling investigation that includes a journey to the heart of deepest Germany, trips to Stuttgart and Hamburg as well as the...